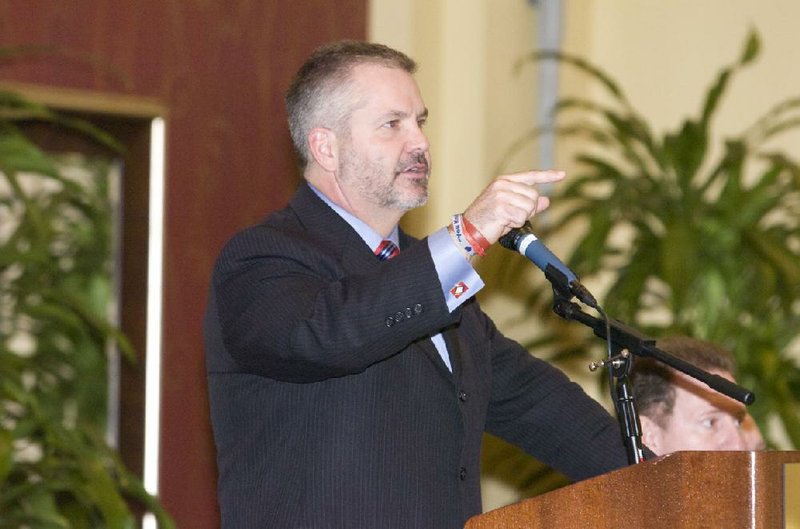 “We think this will really take off,” state Education Commissioner Tom Kimbrell told school administrators Wednesday at a conference in Little Rock.

The program, announced by Gov. Mike Beebe in August, aims to bolster the state’s work force by preparing students for employment in its most rapidly expanding sectors.

“We think this will really take off,” Kimbrell said at a superintendents conference in Little Rock held by the Arkansas Association of Educational Administrators.

Some districts receiving STEM Works funding will join the New Tech Network, which uses cooperative projects, technology and combined lesson plans for subjects such as science and math primarily in high schools.

The national New Tech Network, based in Napa, Calif., will assist in the implementation of the model and provide access to thousands of lessons and project ideas.

Other districts named Wednesday will join Project Lead the Way, which adds introductory courses in engineering or biomedical sciences to show how classroom subjects are applied in the working world.

The districts were selected Tuesday by the Governor’s Workforce Cabinet, which includes representatives from the departments of Workforce Services, Education, Career Education and Higher Education, and the Arkansas Economic Development Commission.

“In Arkansas, education and economic development must work hand in hand to build the strong workforce so important to our state’s future prosperity,” Beebe said in a statement. “These schools will be leaders in this work.”

Nine districts will implement the New Tech model in the 2012-13 school year, using grants of $150,000 from the STEM Works initiative.

The Lincoln and Cross County school districts, which began testing the New Tech program this school year, will receive $75,000 to continue their efforts.

“Everything we do has a relevance where there’s an application to a real world situation,” he said. “We never want a student to ask, ‘Why am I learning this?’”

About 30 districts have expressed interest in adopting the program in the 2013-14 school year, Education Department spokesman Seth Blomeley said.

The Project Lead the Way schools announced Wednesday will receive grants of up to $95,000 each — totaling about $437,000 — to add engineering and biomedical science classes to their curriculums.

Increasing the number of college graduates in science and math will help attract more high-paying employers to the state, economic development officials have said.

A report released by the Higher Education Department last year showed that students earning bachelor’s degrees in 2004 were most likely to be employed in Arkansas five years later if they studied education, public affairs or health professions.

The report found those least likely to be employed in the state studied such subjects as architecture, or biological and physical sciences.