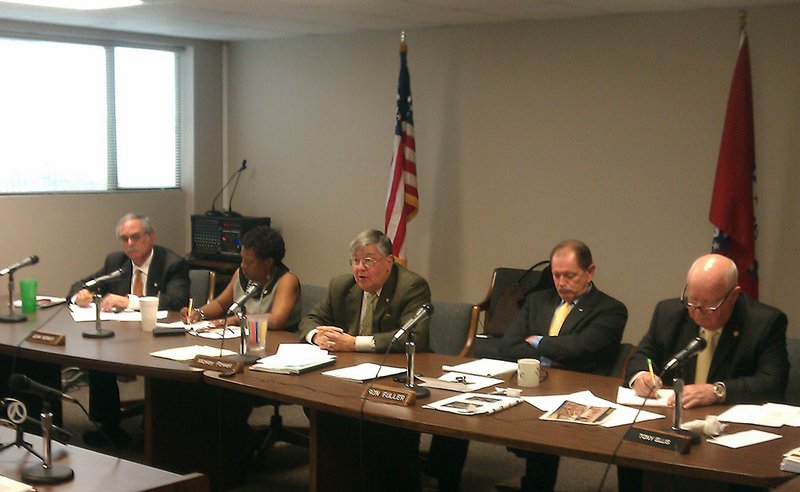 LITTLE ROCK — The state Alcoholic Beverage Control Board handed down a decision on Wednesday afternoon to allow the expansion of the alcohol license at Magic Springs and Crystal Falls amusement parks.

The board granted the expansion 3-1 — one member of the five-person board left before the meeting adjourned.

Though the board allowed the request, the new establishment can't exceed 25 seats. Any attempt to expand the seating would require approval from the board.

The decision, which came after two hours of deliberation and debate, comes in light of the proposal that will allow the park to open another establishment, to be named Shark Bites, that would sell alcoholic beverages.

Members of several churches, concerned citizens and other Christian-based organizations spoke in protest of the new regulations in front of the five-member board, as well as citizens of Hot Springs and officials from the park who supported the expansion.

The meeting took place at the Arkansas Department of Finance and Administration in front of a packed room, that at one point was threatened to be cleared due to some cheering and clapping. Order was quickly restored.

The Beverage Control Division’s director in December denied the applications because of objections from Hot Springs Mayor Ruth Carney. Rep. Bruce Westerman also has sent the board a letter of opposition.

Carney sits on the board of a substance abuse treatment group and has said she wants the park to scale back sites where it sells beer and wine.