Tyler Perry just can’t pull his weight in Alex Cross by DAN LYBARGER SPECIAL TO THE DEMOCRAT-GAZETTE | October 19, 2012 at 3:44 a.m. 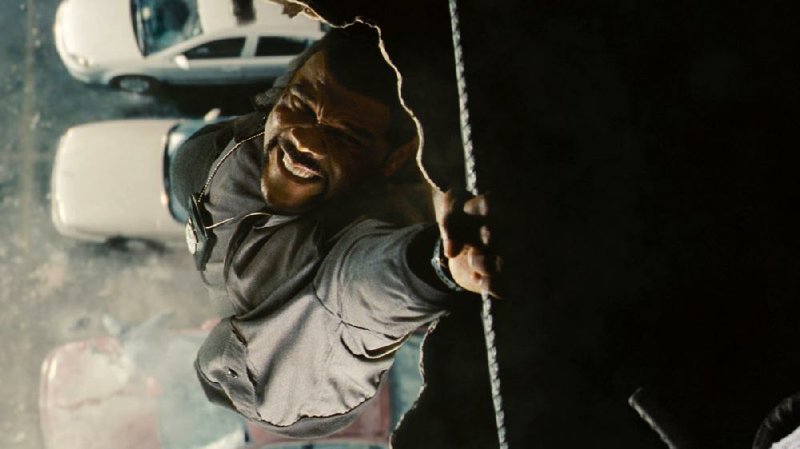 Tyler Perry strains for meaning in a rare dramatic role as a criminal profiler whose family is endangered in Rob Cohen’s Alex Cross.

Imagine Bob Uecker pinch-hitting for Stan Musial, and you get an idea what it’s like to see hyphenate Tyler Perry step into Morgan Freeman’s shoes.

Freeman originated the role of Alex Cross, Detroit cop and psychological profiler in Kiss the Girls and Along Came a Spider. While Perry can write, produce, direct and play a cartoonish elderly woman, he simply doesn’t project the intelligence or the authority that Freeman does in just about every performance. Perry comes off as someone who’d make an excellent neighbor but not the sort of mind that could match or beat the intellect of a Hannibal Lecter.

While Perry’s movies as a director are inspired by his relationship with the Almighty, Freeman is the Almighty in a few films.

While Freeman is probably too long in tooth to play an active duty law enforcement professional, Perry’s slightly paunchy build seems a bit out of place in an action film. It’s hard to believe he can catch up to a suspect fleeing on foot, much less win a fistfight with one.

Perry also lacks Freeman’s range and his expressive features, but he’s not the only reason Cross is lacking. Director Rob Cohen, the brains behind The Fast and the Furious, and screenwriters Marc Moss and Kerry Williamson have decided that having Cross get into mind duels with villains isn’t very cinematic. So there’s more gunplay and explosions this time. James Patterson’s psychology is moved down a few IQ points to accommodate the boom.

But without the psychological weight, there’s not much reason to care about all the flashes and the noise. In depicting the pursuit of an exceptionally sadistic serial killer nicknamed Picasso (Matthew Fox), Cross never shocks, scares or saddens.

A very lean Fox looks a little creepy with his hard, gaunt physique, but his motives and other traits are as underdeveloped as his muscles are overdeveloped. It’s hard not to think of Seth Rogen’s dismissal of him in Knocked Up: “You know what’s interesting about him? Nothing!”

Thanks to a half-hearted script, the exchanges between Cross and his partner Tommy Kane (Edward Burns) are dully one-sided. Kane says something shallow and obvious, and Cross corrects him.

When Arthur Conan Doyle created Sherlock Holmes, he may have used John Watson as a foil, but Watson was a doctor, so he had enough going on in his head to make their exchanges interesting. Nothing like that happens in Alex Cross. Kane is more of a welcome mat than a partner.

Cicely Tyson plays Cross’ bossy mother, and Jean Reno plays a shady French tycoon. Cohen and the screenwriters give them so little to do that they barely register.

It’s also disheartening to watch the film because it’s easy for viewers to get ahead of Picasso and Cross. For a film like Alex Cross to work, viewers should be treated as if they shared the criminologist’s intellect.