AP ranks Razorbacks at No. 8 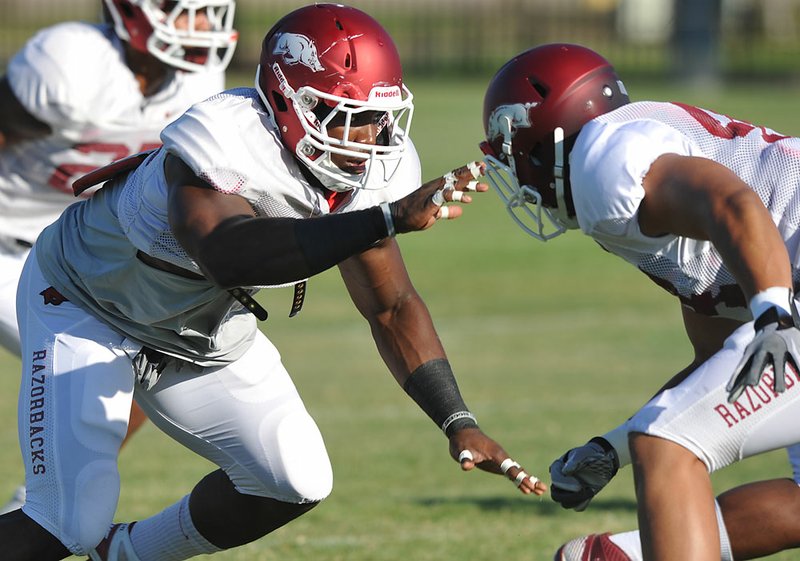 FAYETTEVILLE — Arkansas moved up two spots to No. 8 in this week’s Associated Press Top 25.

The Razorbacks (1-0) beat Jacksonville State 49-24 on Saturday. Arkansas moved up by virtue of Michigan’s loss to Alabama and jumped South Carolina in the polls.

It is the 13th consecutive time the Razorbacks are ranked in the top 10 of the AP poll, which is the fourth-longest active streak in the country.

Alabama, which began the season at No. 2, jumped preseason No. 1 Southern Cal in the latest poll, receiving 45 of 60 first-place votes. USC is No. 2 this week, followed by LSU, Oregon and Oklahoma in the top five.

Also ahead of Arkansas is No. 6 Florida State and No. 7 Georgia. South Carolina and West Virginia are tied for No. 9.