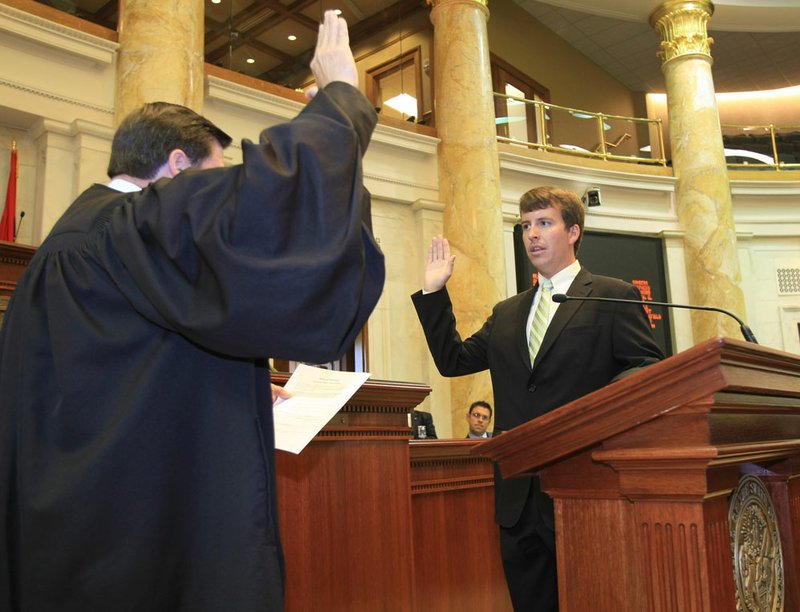 LITTLE ROCK — A state representative from eastern Arkansas and three others have entered guilty pleas to bribing voters in elections last year.

A spokeswoman for the Democratic Party said Hallum indicated he would resign his seat. Hallum didn't respond to phone messages seeking comment, but he apologized in an email to legislators. House officials said he hadn't spoken with House Speaker Robert Moore.

“The most fundamental rights we enjoy as American citizens include the ability to vote and, if we so choose, to run for elected office. In a nation in which every person’s vote matters, protecting the integrity of the electoral process from those who seek to win office by cheating the system is critical," Assistant U.S. Attorney Jane Duke said in statement. "Voter fraud schemes such as that carried out in the 2011 District 54 race have the devastating effect of eroding public confidence in elected officials and disenfranchising voters."

The criminal activity was said to have occurred in the Arkansas District 54 primary, its runoff election, and the general election. A special prosecutor with the state is also reviewing the conduct and is expected to release his findings within two weeks.

On the federal level, each man was charged with conspiracy to commit election fraud. The charge carries a prison term up to five years and a fine of no more than $250,000.

According to information released by the U.S. Attorney's office, the Hallums tasked Carter and Malone with identifying absentee ballot voters in the District. They then made contact with those voters during the different elections, assisted them in filling out ballots and then inspected them.

Officials say the defendants admitted in court Wednesday that some voters received items of value in exchange for casting their ballot for Hallum. According to charging information, Carter and Malone bought one Hallum voter dinner. In another instance, Hallum approved paying $20 for dinner for a family of eight in exchange for absentee ballots being cast for him.

Authorities say Hallum at one point told Carter that "$20 to $40 was too much to pay for one vote, but that this amount was acceptable to pay for the votes of multiple members of a household," according to the statement from the U.S. Attorney's office.

"On that same date, Hudson Hallum also told Carter, 'We need to use that black limo and buy a couple of cases of some cheap vodka and whiskey to get people to vote,'" authorities wrote in the statement. "Two days later, Carter and Kent Hallum spoke with an individual in Memphis, Tenn. about getting a discounted price for the purchase of 100 half pints of vodka for the campaign."

Former Harlem Globetrotter and Green Party nominee Fred Smith is now the only candidate left to compete for the seat since no Republican is running.