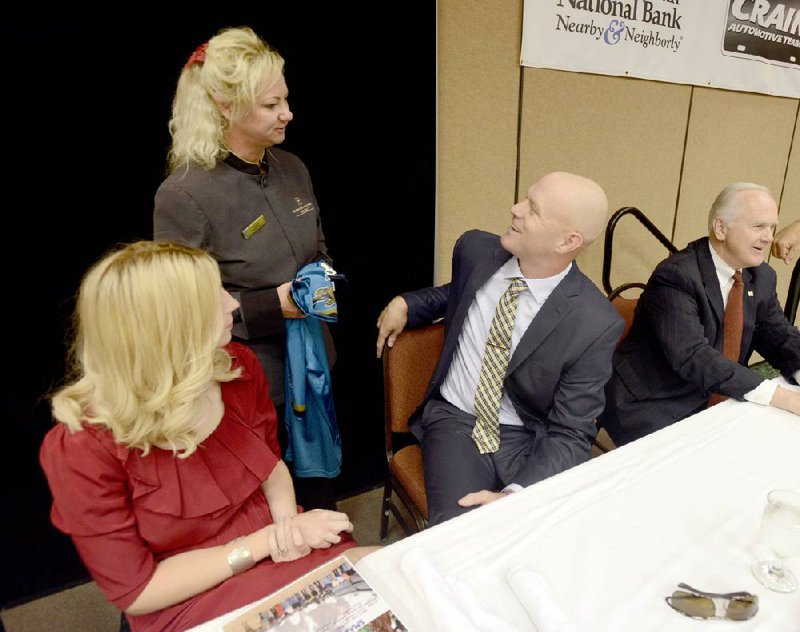 With Arkansas suffering a 34-31 overtime defeat to Louisiana-Monroe on Saturday, it’s easy for fans to write off the season and fear the worst with No. 1-ranked Alabama coming into town this week and quarterback Tyler Wilson’s status questionable.

Former Arkansas quarterback and NFL wide receiver Matt Jones spoke to the Little Rock Touchdown Club on Monday afternoon. Jones, who was a second-team all-SEC quarterback and a 1,000-yard receiver with the Jacksonville Jaguars, addressed his pro and college accomplishments, as well as his off-the-field problems in the NFL. Jones and his wife recently moved to central Arkansas. (By David Harten)
[View Full-Size]