At Toronto festival, so many films, so little time 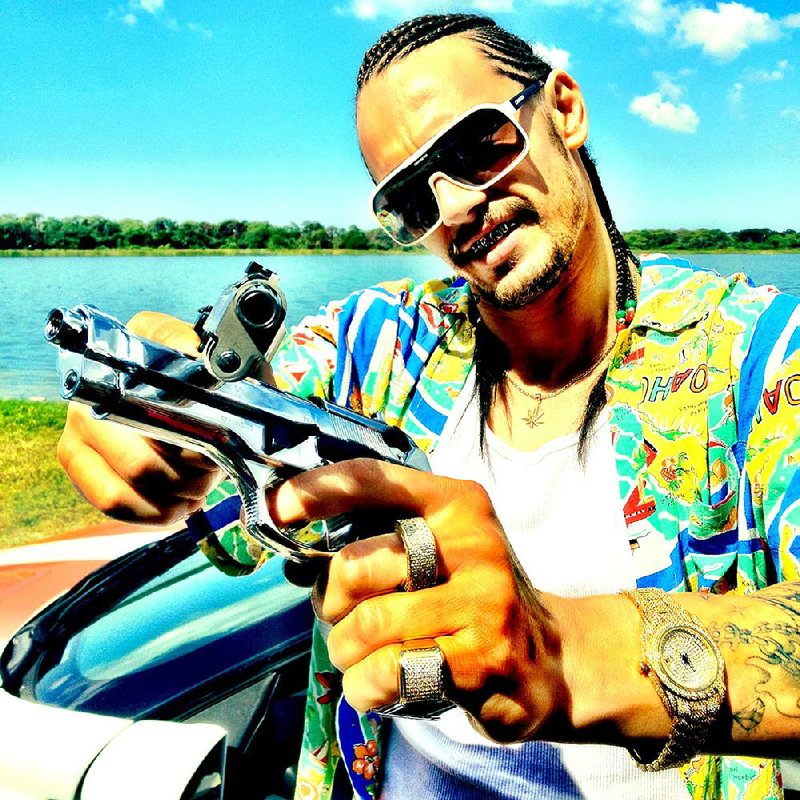 James Franco stars as the sort of boy you’d never want your college-age daughter to meet in Harmony Korine’s Spring Breakers, a highlight of this year’s Toronto International Film Festival.

TORONTO — The problem with the Toronto International Film Festival is also its greatest strength: There are so many toptier films by excellent worldwide directors being screened simultaneously, not to mention red carpet galas, after-hours parties, and celebrity PR events, it is literally impossible to catch everything you need to see.

Indeed, for every screening choice you make, you have to jettison three others, which means nearly everything you see is tinged with the faint burn of regret. So many films means fewer potential screenings which means you’re going to stay up late every night digging your fingernails into your hotel desktop as you try to decide whether to catch the venerated new film from Michael Haneke or Abbas Kiarostami.

True, there are far worse problems to have, and the Toronto festival is about as well-organized a cinematic Bacchanalia as could be imagined. Despite this kind of maintenance, crowds are still everywhere — lined up for a celebrity sighting (the resulting high-pitched squeal you hear from blocks away, when said star finally emerges from his plush limousine and scuttles up the red carpet, periodically pierces the din of the city, punctuating the breathless vibe of the weekend); waiting in the enormous, snaking ticketholders’ lines, which fill up an hour or more before a screening; or the desperate rush lines of hopefuls still setting their sights on an unused ticket, should it become available.

Festival goings-on were routinely one of the front-page stories in the daily Globe and Mail, so eating from your sad little hotel breakfast buffet, you could get caught up on all the celebrity movements and big moments you might have missed from the night before, as you, your fingers stained with black ink and real popcorn butter, your eyes bleary, your skin deathly pale from being in a dark room for 12 consecutive hours, finally crawled into your hotel bed to sleep and recharge.

Over the course of the first six days of the festival, I took in two dozen films, most of which will be arriving in a multiplex near you (OK, to be realistic, for some of these entries, it might be an art cinema some distance from you, but you get the idea). Herewith, a list of some of the movers and shakers among the offerings I witnessed, and perhaps a few that moved me closer and closer to the theater exit.

Most Enthusiastic Performance: James Franco, Spring Breakers. Far-out filmmaker Harmony Korine’s new film about a group of coeds who rob a snack bar in order to get to St. Petersburg for a college Saturnalia, is often funny, predictably ribald, and surprisingly coherent, but it is Franco, as a white-boy rapper known as Alien, who more than steals the show. With tight cornrows, a hideous platinum grill over his teeth, and a neverending sleazy grin, he’s the epitome of the kind of dude you would never want your daughter to cross paths with. He’s also hilarious, and brings such an amusing high-energy vivaciousness to his line readings (one unprintable line he repeats over and over as he’s introducing the ladies to his cache of weapons, drugs and money in his crib earned big laughs every time he said it), you can’t help but get caught up with his energy.

Nose prosthetics, Loopers and Cloud Atlas. Well, you can understand why writer/director Rian Johnson felt he had to make heavy use of rubber and glue in his time-travel assassination flick, Looper. He needed Joseph Gordon-Levitt to look a good deal more like Bruce Willis when they finally meet each other in a Kansas cornfield, as they are young and old versions of the same person. But the effect was far more jarring and disruptive than if they had just asked us to believe it in the first place. As for the insanely complicated Cloud Atlas which has six of its main stars playing multiple roles across time, space and geography, half the enjoyment of the film is trying to figure out whom each actor is playing —which maybe wasn’t meant to be the point. Tom Hanks alone plays no fewer than four roles, each one requiring a different nose.

Most Disappointing: The Place Beyond the Pines. Alas, Derek Cianfrance’s film — his follow-up to the astounding Blue Valentine — never quite hits its stride. In place of the tremendous restraint and brutal honesty of Valentine, he has many more characters — none of them terribly believable — and multiple generations of a limp storyline, involving ill-fated fathers, their set-upon sons and the ways we act accordingly. You have to appreciate his attempt to tackle something as complex as he does, but that only carries you so far when your film is as wheelspinningly DOA as this one is.

Amour. Michael Haneke’s film about an elderly French husband (played by Jean-Louis Trintignant) who has to cope with a crippling series of strokes suffered by his wife (Emmanuelle Riva) didn’t come out of nowhere. It won the coveted Palme d’Or at this year’s Cannes festival, but that knowledge still doesn’t quite prepare you for the pain and pathos you feel for these two characters.

Best Terrence Malick Impression: To the Wonder. Yes, I’m being snide, as the film actually was directed by the redoubtable Mr. Malick. He utilizes many of the same groundbreaking cinematic techniques he used to such potent effect in The Tree of Life, but without that film’s complicated and affecting autobiographical musings, this movie never catches the same kind of wind. What we’re left with is a pat love story between a gorgeous French woman (played by Olga Kurylenko) with a wonderful young daughter (Tatiana Chiline), and a complete drip of a man (Ben Affleck), who seemingly lives without any interior whatsoever. At its worst, it resembles a high-end ad for expensive European cologne.

Most Offensive: The Impossible. Based on a true story, Juan Antonio Bayona’s film about a family of five who somehow miraculously survived the terrible South Asian tsunami of 2004, feels wrong from the get-go. The family, happy, gorgeous and wealthy, make for a kind of contestable fable compared with all the overwhelming tragedy and suffering around them. That they are all perfectly fine by the end credits feels less like the miracle it truly was, and more like a slap in the face to all the families who were utterly devastated in the disaster. It doesn’t help that the film also pulls every cheap emotional trick out of the bag in an attempt to get you to care for its protagonists.

Most Alarming for Young Parents: Clip. This Serbian film about a group of dissolute teens getting into trouble and trying to connect with each other by any means necessary is — with its extremely graphic sex, violence and drug content — perhaps the last thing you want to contemplate while looking at your beautiful baby daughter mashing peas into her toothy mouth, but that doesn’t make it any less transfixing. Anchored by a great and unselfconscious performance from its young cast (especially Isidora Simijonovic, who plays the lead), the film somehow never feels exploitative, even as it renders sex scenes that would make Larry Flynt look the other way.

Joaquin Phoenix, The Master. In what is an extremely tough and competitive field, Phoenix’s turn as the terminally damaged drifter boozehound Freddie Quell in Paul Thomas Anderson’s magnificent new film still stands out for his ferocious realism. Changing his body language, posture and kinetic energy, Phoenix just barely beats out Michael Shannon (The Iceman), the aforementioned Jean-Louis Trintignant, and his own costar in The Master, Philip Seymour Hoffman, all of whom are brilliant.

Not just for her uncanny ability to shift from a lively, spirited older woman to a spent and pathetic stroke survivor, Amour co-star Emmanuelle Riva gets the nod here over the impressive Shirley Henderson (Everyday). Not only does Riva make this transformation heartbreakingly real, she’s able to shift back and forth as her character comes in and out of awareness. Without her incredibly strong work, the film loses a vast majority of its impact.

Best Film: The Master. Many films were captivating (Like Someone in Love), enervating (Frances Ha), or moving (End of Watch), but P.T. Anderson’s film, as idiosyncratic and impenetrable as it may be, seemed to be operating on a different level of expertise.

Three Films I Wish I Could Have Seen: 1. Silver Linings Playbook (which won the coveted audience award) 2. Argo 3. Rust and Bone

Food That Toronto Does Not Represent Well: I’m not sure what you would call the flat-on-a-grill concoction of flavorless beans, overcooked rice and heatless salsa, but it surely isn’t a burrito.