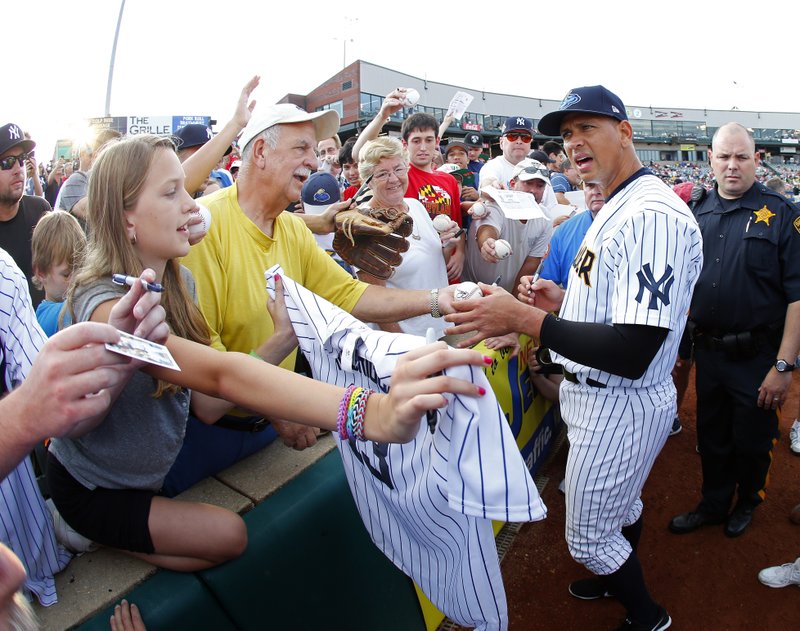 TRENTON, N.J. — Alex Rodriguez brushed aside any worries about a pending suspension, saying he's headed to Chicago and plans to play for the New York Yankees on Monday night.

"I'm excited to play Monday," the star third baseman said after drawing four straight walks with Double-A Trenton on Saturday night. "I can't wait to see my teammates. I feel like I can help them win."

Rodriguez said he would work out Sunday — no one disclosed the site — and then travel to Chicago, where the Yankees will open a three-game series with the White Sox on Monday.

No matter what else happens?

Major League Baseball and the Yankees turned down requests Saturday to meet with Rodriguez's camp and the union about the embattled star's expected drug penalty, two people familiar with the talks told The Associated Press.

The overtures were made two days before MLB was poised to hand Rodriguez a lengthy suspension for his part in the Biogenesis case. The two people spoke to the AP on condition of anonymity because no public statements were authorized.

"I've been on the field the last 5½ hours. I haven't seen or heard anything," Rodriguez said. "My focus has been on baseball. As far as any of that stuff, I'll let those guys take care of what they need to take care of."