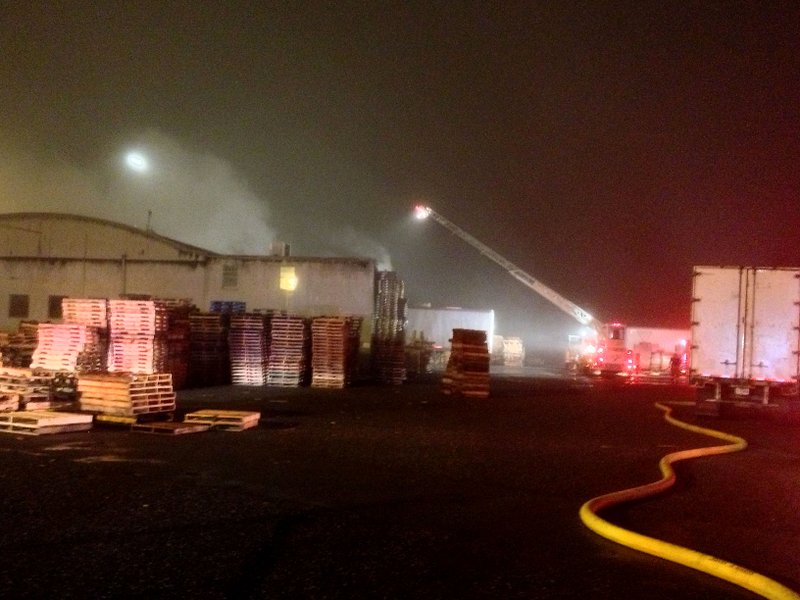 Multiple agencies are on the site Tuesday night of a large fire at a pallet manufacturing warehouse in Little Rock.

After several hours of working to contain the flames, Hickmon said the fire was under control, though he added that crews will be on-site for several more hours.

Hickmon said a person making a late delivery to the plant noticed smoke coming from the building and alerted authorities. When crews arrived, Hickmon said, the flames were “through the roof.” No injuries were reported, and the cause wasn't known.

As crews work at the scene, 15th Street will be closed, Hickmon said.

A total of 10 companies battled the fire, which continued to burn for a period of time due in heavy part to the soft wooden material the pallets are made of. A hazardous-materials crew is also on the scene.

No one was believed to be in the warehouse when the fire started, Hickmon said.