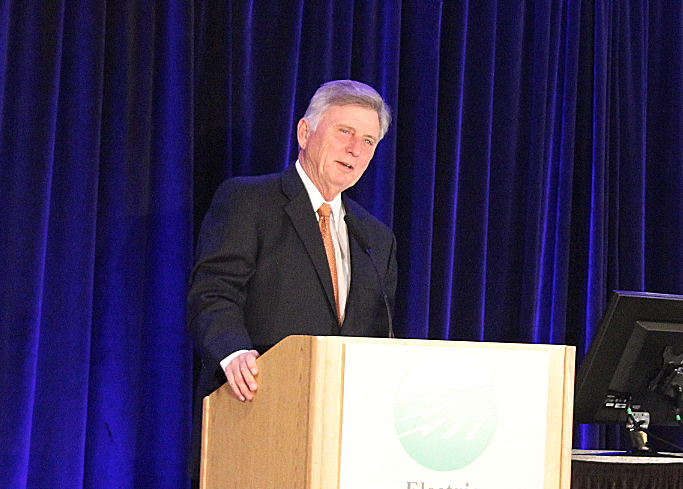 Gov. Mike Beebe on Monday asked a group of electric cooperative directors to help him persuade the Legislature to approve appropriations for Medicaid expansion in Arkansas, ensuring it will continue next year.

Beebe, speaking Monday at the Arkansas Electric Cooperatives Directors' Winter Conference in Little Rock, warned that there would be dire consequences if Arkansas opts to "go backwards" and deny appropriations for the private option, which allowed thousands of low-income Arkansans to use federal Medicaid dollars to purchase private health insurance.

The legislature approved the private option earlier this year by three-fourths majorities, but Arkansas law requires the appropriations for it pass annually by that same margin. The fiscal session convenes in February.

"Those that voted 'yes' need to be reinforced and thanked and make sure they continue to vote 'yes,'" Beebe told the group. "Those that voted 'no' need to be educated in a professional fashion … Please, satisfy yourself about the truth of this. Then pick up the phone, go by and see your state representative and state senator. It's too important, and it's too high a hurdle just to take for granted."

Beebe said the directors at the meeting are leaders whose thoughts will be heard in their respective communities across the state, potentially garnering support for the appropriations.

Expanding Medicaid freed up funds that became about $100 million in tax cuts passed in the last session, Beebe noted. It's doubtful that those tax cuts would be repealed if appropriations for the private option failed, a scenario that Beebe said would leave the state on shaky financial ground.

"I tell you what's going to happen — you're going to cut the devil out of everything else," he said. "I need and want to propose some money to … staff some more prisons, because we've got folks that are backed up in the counties, and we've got folks that need to be in prison that the streets aren't safe right now with them running around out there. … Where are we going to get the money to do that?"

Beebe said the issue is complicated by Arkansas' strong dissatisfaction with President Barack Obama's health-care law, and legislators are concerned that anything seen as support of the program will result in them losing their seat in the next election.

"I don't care whether you hate Obamacare, love Obamacare, don't care about Obamacare," Beebe said. "If you don't like it, or if you want it changed, that is an issue for Washington, D.C. Make that known with regard to what goes on in Washington. In the meantime, in Arkansas, what we've got to do is take care of Arkansans."