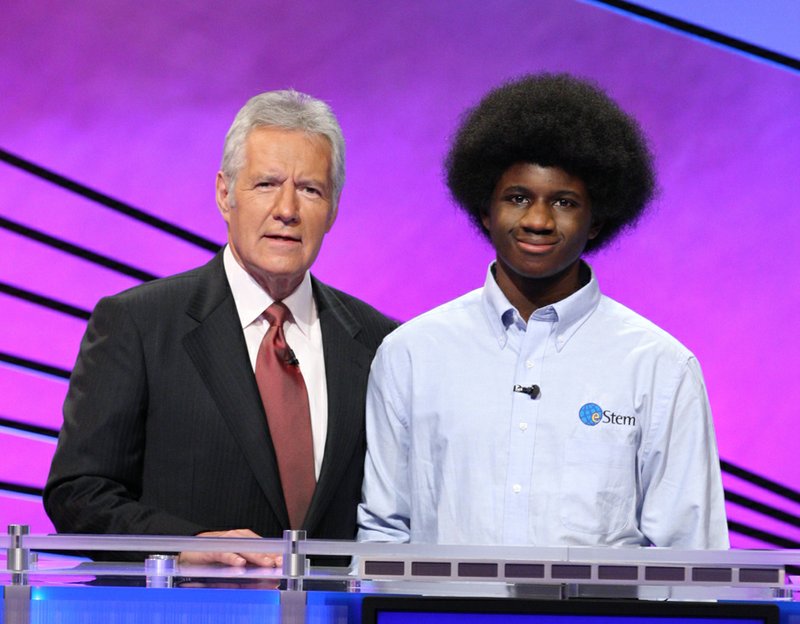 Leonard Cooper, 17, on Tuesday joined several dozen classmates at Gusano's in downtown Little Rock to watch the premiere broadcast of the tournament finale over pizza and sodas. He traveled to California in November to compete, but the results were secret until the shows premiered.

Cooper said he will use the prize money - which comes in the form of a check and not as a scholarship - toward college, music equipment and "maybe a car, possibly."

Speaking shortly after the episode aired and taking a break from high-fiving his peers, Cooper said the whole experience was amazing.

"Oh man, I've been watching Jeopardy! for so many years, I've been wanting to be on the show for awhile," he said on Tuesday, his birthday. "Actually being on and being able to win a tournament, that was the icing on the cake."

In episodes that began airing in late January, Cooper advanced through the quarter- and semi-finals to make the two-episode final round.

Cooper won $37,000 in the final episode Tuesday, adding to his $3,000 from Monday and besting the other two finalists for first place. Cooper led the way into Tuesday's Double Jepoardy! round, racking up $5,800 by answering questions about Pac-Man, Chile and geography.

During Double Jeopardy!, Cooper risked a whopping $18,000 on a Daily Double question, answering correctly the question about the play 12 Angry Men.

"Seeing the clue come up was the most relieving part of the entire trip," he said. "I knew I had to do something if I wanted to win, so betting $18,000 was kind of nerve-wracking. But when I saw the clue, I was happy."

Heading into Final Jeopardy!, Cooper had earned $37,000. The category "Military Men," Cooper incorrectly guessed, but wagered nothing, which proved to be the right choice as he finished with the highest two-day total of $40,000 to win the grand prize of $75,000.

Cooper, one of 15 students from across the country who took part in this year's tournament, said he hopes to go to Brown University.