Dirksmeyer, a former beauty queen, was found beaten to death in her Russellville apartment in 2005. Her boyfriend, Kevin Jones, was first accused of the crime, but a jury acquitted him of the charges. 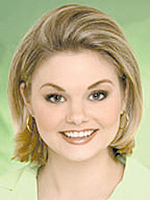 Prosecutors later charged Gary Dunn with the murder after DNA evidence at the scene was said to link him to the crime. But two separate trials ended with deadlocked juries as Dunn's attorneys argued he was innocent and pointed to Jones as the real killer despite his earlier acquittal.

Prosecutors initially said they intended to try Dunn a third time, but they later asked a judge to have the charges against him dismissed. Officials said then that the charges could still be re-filed at a later date.

According to NBC, the episode will feature "surprising new twists" and the "first-time interview with the investigator who uncovered startling new evidence in this case."

The Dateline episode, which marks the second time the show has covered the case after a 2008 profile, airs at 7 p.m. on NBC.