One of NFL’s best will honor state’s best 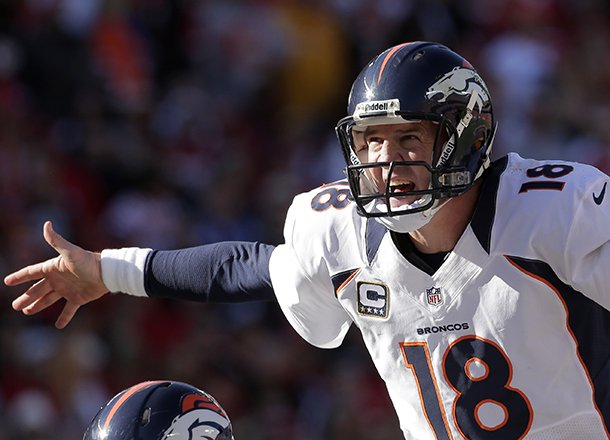 LITTLE ROCK — Peyton Manning is coming to the Rock.

Manning, perhaps the most prolific quarterback in NFL history (he currently holds 19 records), does only a handful of speeches each year, but Tabitha Cunningham, events manager for the Arkansas Democrat-Gazette, zeroed in on him from the very start and managed to get him as the keynote speaker for the first All-Arkansas Preps sports banquet.

In all honesty, his fee isn’t cheap, but you wouldn’t expect a Super Bowl MVP to be a bargain.

The banquet, which will be June 1 at the Statehouse Convention Center in Little Rock, may be one of the hardest tickets to come by in the history of sports banquets. Not just because of Manning, but because there will be approximately 300 athletes named to the All-Arkansas Preps teams as well as an outstanding player of the year, male and female, for the eight sports.

The awards include first-, second- and all-sophomore teams for football, boys basketball, girls basketball, baseball, boys soccer, girls soccer and softball. Boys and girls in golf, tennis and track and field will come from championship events or the Meet of Champs.

Coaches also will be honored in the sports, and there will be three athletic/ academic/community awards.

St. Vincent Health System is the main sponsor, and it was fitting that Tuesday’s announcement was at its partner, D1 Sports.

Keith Jackson, who has agreed to be the master of ceremonies, was on hand for the news conference. So was Philadelphia Phillies pitcher Cliff Lee, who is part owner and works out at D1, and he really liked the idea of an allencompassing celebration of so many athletes.

For decades, football and basketball players have been named to the Democrat-Gazette’s All-Arkansas teams, but this is the first time to embrace eight different sports.

Some of the All-Arkansas athletes have already been announced in the newspaper, and among the outstanding players of the year on handfor the announcement were Central Arkansas Christian’s Landon Hearnes (boys golf), Conway’s Summar Roachell (girls golf), Pulaski Academy’s Julio Olaya (boys tennis) and Conway’s Janet Taylor (golf coach of the year).

Others who have already been named winners but were unable to make the trip Tuesday were Hot Springs Lakeside’s Mary Wright (girls tennis) and Shawny Green (tennis coach of the year) and Greenwood’s Drew Morgan (football) and Rick Jones (football coach of the year).

The honorees are chosen by a committee of coaches and sportswriters.

“I still remember opening the Arkansas Democrat to see who made the All-Arkansas team. It was a thrill,” said Jackson, a two-time collegiate All-American who spentnine years in the NFL and is the founder of Positive Atmosphere Reaches Kids. “An event such as this will take it to another level.”

Nominations for those three awards are being accepted from coaches, teachers and the general public at allarkansaspreps@arkansasonline.com.

The athletes and coaches are why this newspaper decided to undertake such a major banquet, but the keynote speaker was also a major part of the planning.

“When we first started planning this event, the one name that kept coming up was Peyton Manning,” Cunningham said. “We are also thankful for our sponsors for joining us to make this event a great experience for everyone.”

Metropolitan National Bank, Academy Sports and Arkansas Select Buick GMC Dealers are also sponsoring the event, and the plan is for this to become an annual event.

Print Headline: One of NFL’s best will honor state’s best