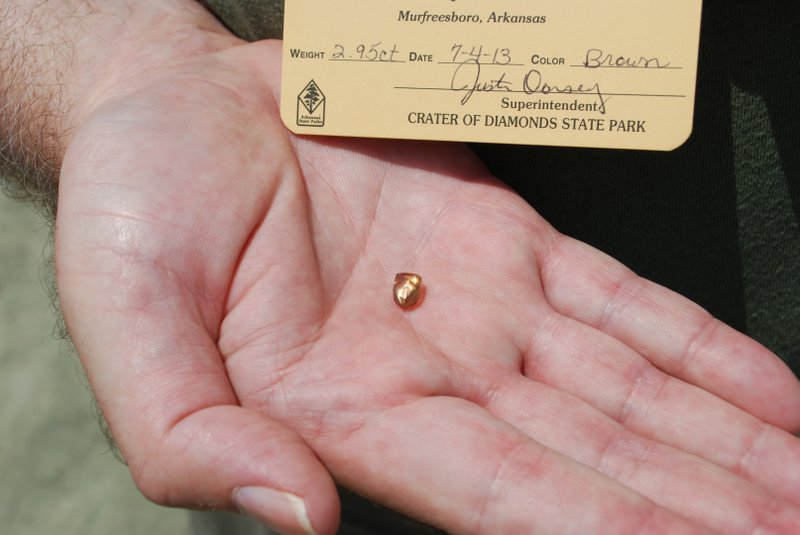 Terry Staggs of Richmond, Ky. holds the 2.95-carat champagne-brown diamond he found July 4, 2013 at the Crater of Diamonds State Park in Murfreesboro. This is the largest diamond found at the park so far this year, officials said.

The park says Terry Staggs of Richmond discovered the 2.95-carat champagne brown diamond on July 4. The gem is the largest diamond found so far this year at the park in south Arkansas.

Staggs says the gem is the largest he's found in 28 years of hunting at the state park. He named the gem the Patriot Diamond because he discovered it on Independence Day.

Park Interpreter Waymon Cox says the diamond is shaped like a shield and is about the size of an English pea.

The Crater of Diamonds State Park is the world's only diamond-producing site open to the public. On average, two diamonds are found each day at the park.