A woman is in custody Thursday after she was accused of stealing $12-worth of scrap metal from a business outside Ward.

Krystal Lea Beam, 35, of Ward was taken into custody on charges of theft of property and criminal trespassing Wednesday, according to a news release from the Lonoke County sheriff's office.

Authorities said the theft occurred about 4:10 p.m. on Cook Street. Witnesses described the vehicle involved to Lonoke County officers, who then relayed the information to other agencies.

Officers with the Beebe Police Department located the vehicle at a scrap metal business along Highway 367 South and arrested Beam after searching the area.

The stolen scrap metal was returned to the owner. 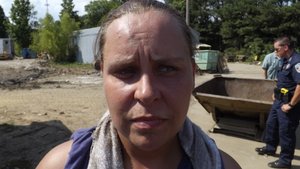