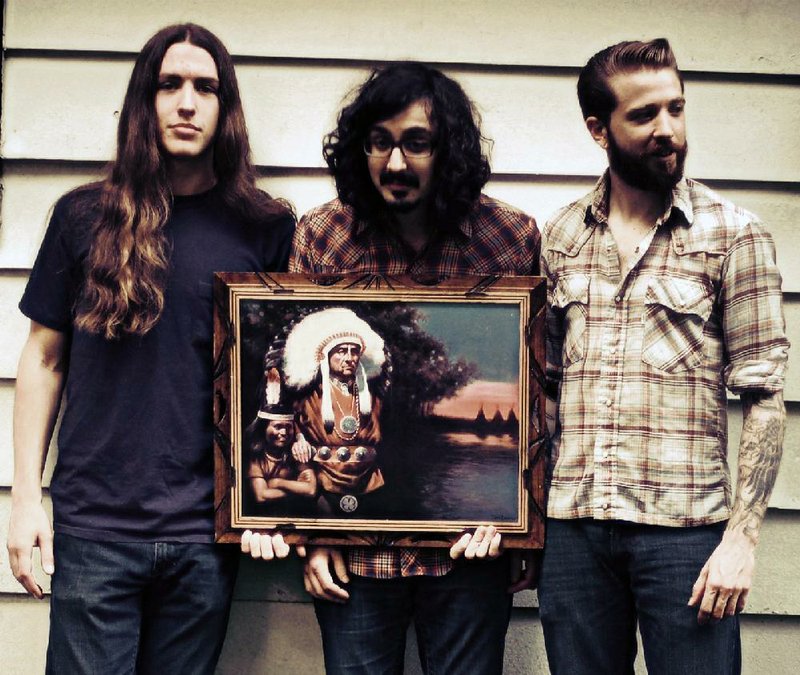 The Dirty Streets are (from left): Andrew Denham, Thomas Storz and Justin Toland.

The streets of Memphis are good enough for The Dirty Streets, a young band who chose to move to the Bluff City from north Mississippi, no matter if the streets in the city are a little bit on the soiled side.

“We’ve been together for six years,” says Justin Toland, singer and guitarist in the trio, which also contains bassist Thomas Storz and drummer Andrew Denham. “We all met and discovered we shared the same preference for older music, ‘old school’ rock ’n’ roll, including Humble Pie, Cactus, James Brown, The Rolling Stones, The Faces, MC5 and Jeff Beck.

“It just seemed like older music from the 1970s changed the way we looked at music more than the new music that we were surrounded by.”

The Dirty Streets released the band’s third album, Blades of Grass, July 9. The band’s debut, Portrait of a Man, came out in 2009, and a second album, Movements, was released in 2011. The first two CDs were recorded by the band itself, on a much smaller budget, Toland notes, while the new one was recorded at Memphis’ famed Ardent Studios, with help from Rick Steff of Lucero on keyboards.

“We did a tour of the Southeast with Lucero, and they’ve helped us out a lot, and showed us the ropes,” Toland says. “And Rick, especially, who’s been around a while. He played with Hank Williams Jr. for seven or eight years. We also toured the East Coast with a Little Rock metal band, Iron Tongue, and last summer we did a six-week tour with Radio Moscow, a Los Angeles band, which is how we made the connections to get our label deal for our latest album.”

The Dirty Streets’ favorite Memphis club to perform in, Toland says, is The Hi-Tone (where Elvis Costello once did a show he released on DVD), which recently moved to a new location just off Union Avenue. The group has played central Arkansas on three previous occasions, at the Rev Room, Stickyz Rock ’n’ Roll Chicken Shack and the White Water Tavern.

Original music has been the focus of the recordings made by The Dirty Streets, except for a “bonus track” on their latest album.

“We included a song by an obscure Ohio soul artist, Sir Stanley,” Toland says. “In our shows, we throw in the occasional cover songs, something by one of our influences, especially Cactus and Humble Pie.”