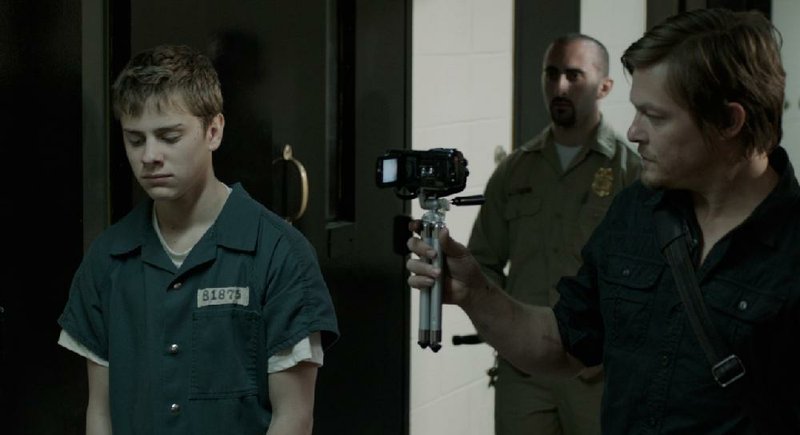 Since the Columbine massacre in 1999, movies about school shootings have proliferated.

They range from the blatantly exploitative Duck! The Carbine High Massacre, a low budget direct-to-video “spoof ” thrown together mere weeks after the massacre (but although the film is in extraordinarily bad taste, I’ve seen no evidence to support its tagline’s assertion that the controversy surrounding the movie “landed its filmmakers in jail!”) and Gus Van Sant’s elliptical and crushing Elephant (2003) to Lynne Ramsay’s flawed but unsettling We Need to Talk About Kevin (2011). And you can see why filmmakers seem drawn to the material; technology has made it possible for children to kill with high efficacy. Sentimental notions of childhood innocence, parental concerns for the safety of their kids and the mysterious adolescent curdling of previously delightful boys and girls into angst-ridden adolescents all come into play. Teenagers are remarkably vulnerable even as they believe themselves bulletproof.

And there will probably be those who shrug off Michelle Danner’s Hello Herman, a low-budget but at times quite handsome-looking movie, as just another opportunistic venture. But there’s a literal-mindedness about this film that’s almost embarrassing, and it would be wrong to dismiss it as just another school shooting movie. What it’s more like is the weirdest after-school special ever, as it catalogs the dangers of peer abuse, parental neglect and the general coarsening of society. While Danner, working from a script by John Buffalo Mailer (who adapted his own play), isn’t a very subtle filmmaker (at least not yet), she is an earnest one who seems determined to alert us to the problems occasioned by school- and cyber-bullying. Hello Herman is the opposite of cynical, and while good intentions alone are insufficient to rescue a film, they don’t count for nothing.

It’s a simple premise. While Herman (Garrett Backstrom) doesn’t look like the sort of weird kid you’d pick out as a potential time bomb (he looks like a teen idol), that’s apparently exactly what he is - a friendless loner who spends too much time playing violent video games. One day he locks up his high school’s exits with chains, contrives to have the student body assembled in the gym, and starts blasting away with his easily acquired arsenal of weapons. (He built the pipe bombs himself - he found instructions on the Internet.)

The twist is he’s filming the whole thing, and he wants to explain himself to a muckraking video blogger (Norman Reedus) oh-so-cleverly named “Lax Morales.”Morales has had his own problems, which we watch unfold in a back story involving his infiltration of a white supremacist group. Throw in a ranting Ann Coulter-esque senator and a right-wing television network calling for the execution of the 16-year-old mass killer and you’ve got a messy, blunt movie that manages to push a lot of buttons. Surely one of them does something.