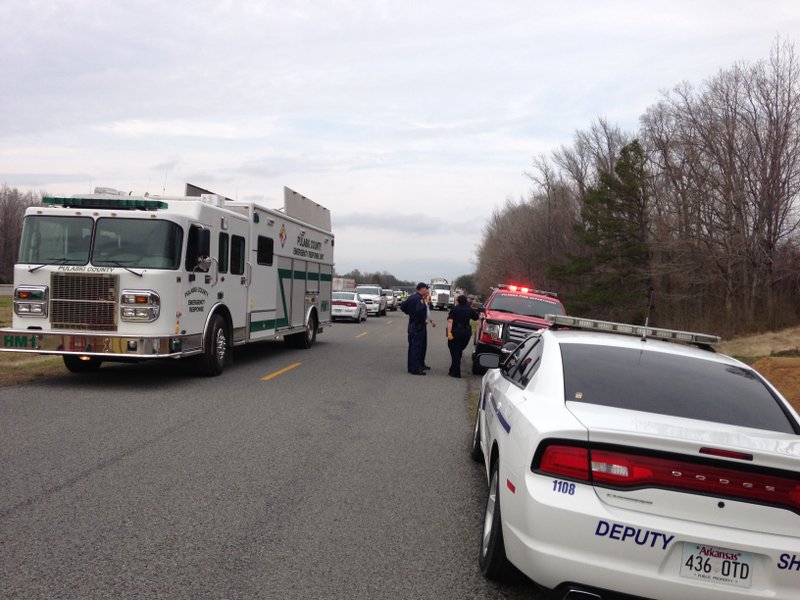 Authorities respond to an oil spill in Mayflower near Lake Conway.

MAYFLOWER — Oil that spilled into waterways from a ruptured pipeline in Mayflower has been contained.

Faulkner County Judge Allen Dodson said blockades have been set up at two different locations along a waterway that flows into Lake Conway. Those blockades are preventing the contaminated water from passing.

Officials on scene said the rupture occurred just before 3 p.m.

A dam made of dirt, wood and other building materials has been erected in the initial ditch that contains a majority of the oil, with an additional blockade set up in two culverts connected to coves that allow water into Lake Conway, Dodson said. Crews are extracting the oil using the dam and absorbent materials.

The obstructions will prevent any oil from passing through for an extended period of time, possibly days, Dodson added.

ADEM, Faulkner County sheriff's office, Conway Fire Department and other emergency groups responded to the scene. Construction equipment such as backhoes and front-end loaders are being brought in to help with cleanup.

Dodson said residents of Northwood subdivision, which was affected by the spill, have been evacuated for precautionary reasons. City officials told the Arkansas Democrat-Gazette they have told evacuated residents of the subdivision that it could take anywhere from a few hours to "days" before they can return to their homes.

Dodson added that the residential water supply was not in danger of being contaminated.

The cause of the ruptured pipeline is unknown, but under investigation, Dodson added. No estimate on the amount of spilled oil was immediately known.

Crews plan to be on scene for cleanup for the next several hours, Dodson said. 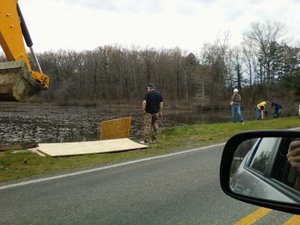 Photo by Stephen B. Thornton
Workers use plywood sheets to block off water inlets into Lake Conway along Highway 89 Friday afternoon. 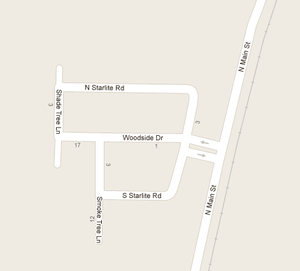