McDaniel: Concerns remain about health after oil spill in Mayflower 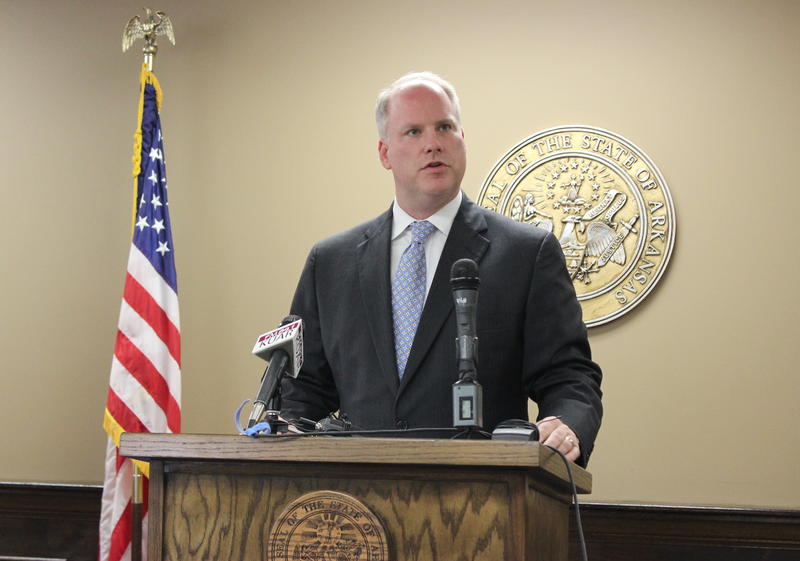 Attorney General Dustin McDaniel speaks Tuesday, May 7, at a news conference in Mayflower, where he announced a new task force that will act as an information clearinghouse for residents. McDaniel said the carcinogen benzine continues to be present in different areas in the city. ( Gavin Lesnick)

Attorney General Dustin McDaniel says he still has "real concern" about health effects caused by an oil line rupture in Mayflower that spilled thousands of gallons into the community.

McDaniel, speaking at a news conference Tuesday where he announced a new task force that will act as an information clearinghouse for residents, said the carcinogen benzine continues to be present in different areas in the city.

"I have a real concern about the short- and long-term affects of carcinogens released into the air which are still detectable in the living rooms of people in that area," he said. "We will continue to seek ways to meet the growing healthcare needs of these residents."

McDaniel on Tuesday also said he is not satisfied with Exxon's offer to buy some property affected by the spill. He said the company should purchase all the homes in the subdivision where the pipe ruptured as well as in neighborhoods near a cove of Lake Conway where the oil spread. And he said the homes should sell for the appraisal price prior to the spill.

"I do not believe that this plan accomplishes that goal and I will have more to say about it soon," he said.

McDaniel said he recently made his second trip to Mayflower, meeting with residents near the cove. He said that neighborhood and the one where the pipeline burst still look like a construction zones more than a month after the rupture.

"The smell is a constant reminder that things are not as they should be," he said. "... Mayflower is a long way from being made whole again."

They can contact the task force by calling (800) 482-8982 or emailing oilspill@arkansasag.gov. McDaniel said the team will help his office serve as an "information clearinghouse" to combat rumors and let people know about the cleanup process. He said the task force would also look into other issues, such as reports that door-to-door salesmen are hawking air cleaning equipment in the neighborhoods.

"We want to make sure these solicitors aren't just scammers wanting to take advantage of the misfortune of the people in that area," he said.

The pipeline burst March 29, spilling more than 200,000 gallons of crude. More than 20 homes in the Northwoods subdivision were evacuated. No residents have returned, though some have been cleared to do so if they choose. 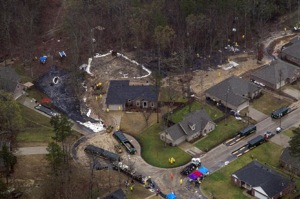