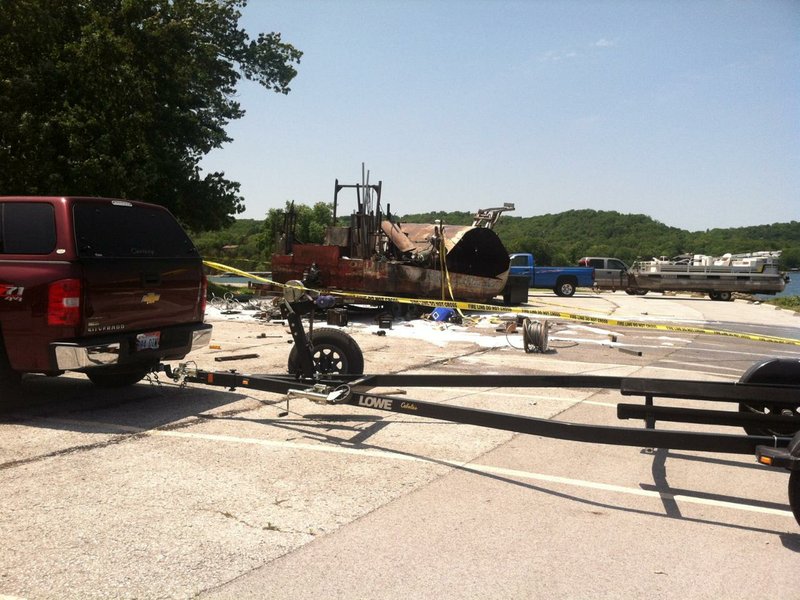 The scene of a boat fire Friday at Beaver Lake.

3:38 p.m. update After more than two hours waiting for the scene to become safe, investigators have been allowed on scene. Oxygen and acetylene tanks were present and authorities had been waiting to make sure there were no more explosions.

At least one person was killed following a boat fire and explosion at Beaver Lake on Friday, authorities said. Daniel Oxford, Benton County Coroner, confirmed that a woman had been killed.

The Northeast Benton County Volunteer Fire Department responded just after 1 p.m. to a report of a boat fire, said Capt. Nick Mason. Firefighters found a boat fully engulfed in flames. The boat was at the Lost Bridge area of the lake.

The boat was on a trailer on land and had not been put in the water. Oxygen at the scene apparently caused some explosions, Mason said.