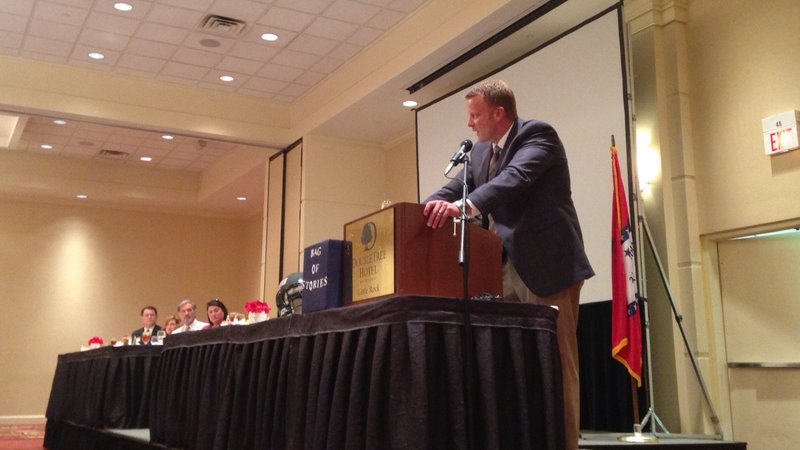 Harsin, entering his first season with the program, told the crowd of around 300 that the Red Wolves are exploring the possibility of playing Miami in a home-and-home series.

There has been no official announcement, but Harsin said Athletic Director Terry Mohajir is weighing the options. Harsin also said Arkansas State is also considering a game against Tennessee.

Harsin was in Little Rock to promote the football program — especially the upcoming schedule, which includes the season-opening home contest with Arkansas-Pine Bluff in Jonesboro.

Addressing fans at the event who asked if the Red Wolves will ever play another game at Little Rock's War Memorial Stadium, Harsin said the team would like to.

The Red Wolves 2013 schedule is speckled with state football ties. It includes a road game at Auburn, where former ASU coach Gus Malzahn is entering his first season. Idaho, coached by former Arkansas offensive coordinator Paul Petrino, will make the trip to Jonesboro this season, and Arkansas State will end its season with a game at Western Kentucky. The Hilltoppers are coached by former Arkansas head coach Bobby Petrino.

Harsin said he was excited to start the season as players reported for summer school this week.

Read more about this story in Wednesday's Arkansas Democrat-Gazette.