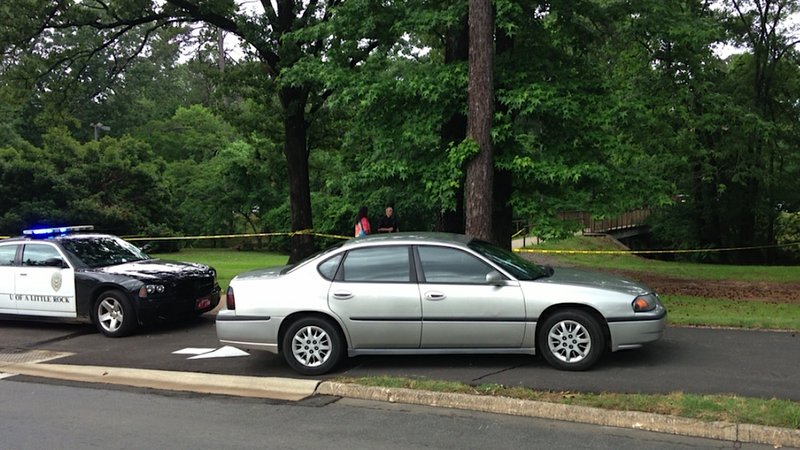 Crime-scene tape blocks an area on the University of Arkansas at Little Rock campus Friday after a body was discovered in Coleman Creek near the university's fine arts building.

Authorities have identified the body that was found in Coleman Creek near the University of Arkansas at Little Rock campus Friday morning.

Detectives on the scene were able to identify the deceased as Kasey Aaron Hudson, 18, of Searcy, using an Arkansas ID card, Little Rock Police Sgt. Cassandra Davis said in a news release. Davis added that Hudson was not a student at the school.

Davis said authorities received a call about 10:40 a.m. from a student who had seen the body under a walking bridge near the center of the campus.

The body showed no immediate signs of foul play and the cause of death is unknown, Davis said.

Davis added that it is unclear whether the body washed up as a result of Thursday night's thunderstorm that swept through the area. 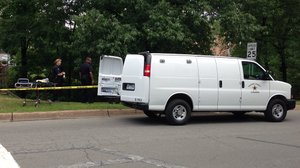 Photo by David Harten
Pulaski County coroner's officials respond Friday, May 31, 2013, after a body was found in a creek near the University of Arkansas at Little Rock.
ADVERTISEMENT