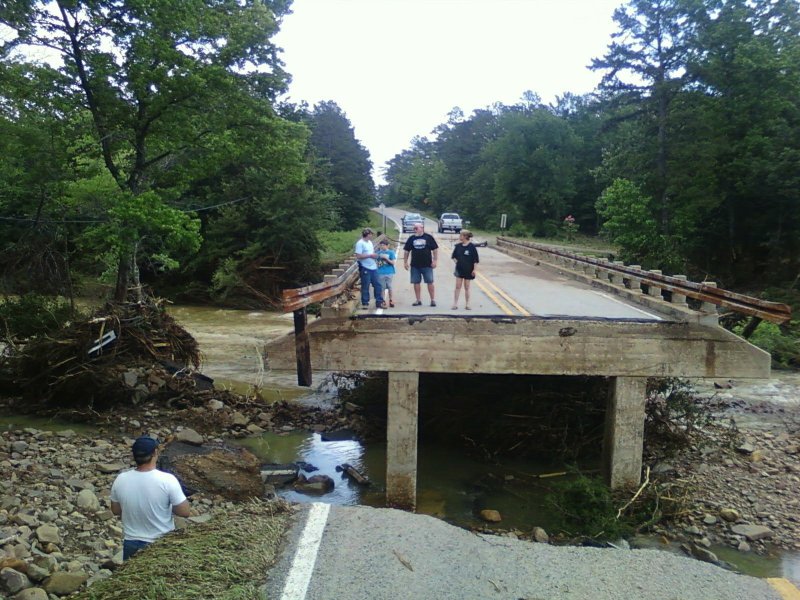 An Arkansas 28 bridge over Little Cedar Creek in Scott County on Friday.

Scott County Sheriff Cody Carpenter is among those confirmed dead from overnight flooding, Arkansas Game and Fish Commission spokesman Keith Stephens has said in an e-mail.

Arkansas State Police said there are "confirmed fatalities" in western Arkansas where Carpenter and a game warden disappeared in floodwaters overnight, but spokesman Bill Sadler would not say how many deaths were confirmed.

Shortly after 1 p.m., authorities confirmed at least two dead and at least three missing in the Y City area, according to the Associated Press. Among the dead are Carpenter and an unidentified woman whose body was found in her vehicle in Scott County.

Stephens and Sadler said Carpenter and the wildlife officer were in a boat checking on a home in the Y City area after the Fourche La Fave River rose sharply. The officer was still missing Friday afternoon.

A dispatcher with the Scott County sheriff's office said flooding is widespread and water rescues are under way in the county. The Arkansas Highway and Transportation Department reported flooding and heavy damage to Arkansas 28 near Parks.

Gov. Mike Beebe has authorized the dispatch of an Arkansas National Guard helicopter to assist with search operations in Scott County, the governor's office said via Twitter.

The National Weather Service says heavy rainfall is predicted in the area until Saturday night. 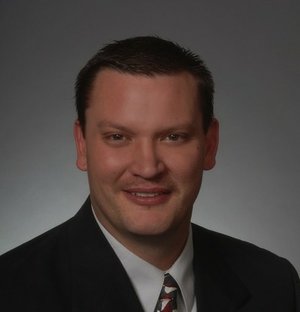