12 Years a Slave is hard to watch, and worth it 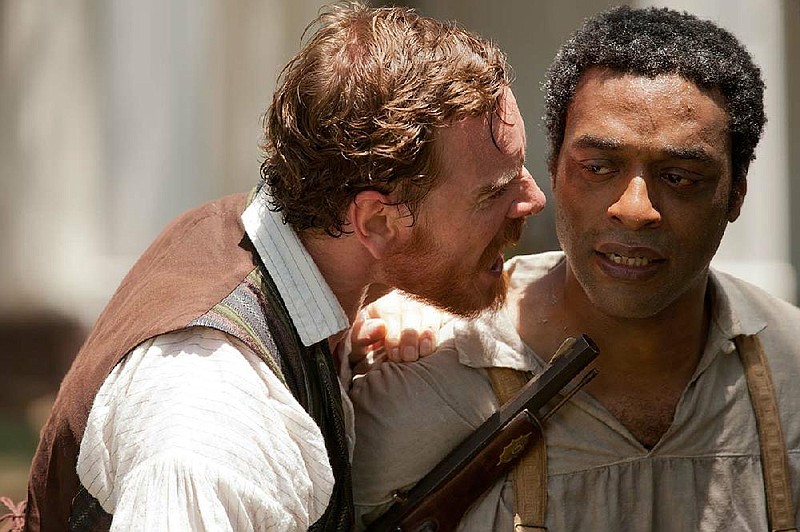 Even by the impossibly cruel and sadistic standards of American slavery, the story of Solomon Northup, an accomplished musician and intellectual free man living in upstate New York with his family before being kidnapped in Washington and sold into slavery down in Louisiana, is crushingly upsetting. That Solomon was far more articulate and cultured than his barbaric owners only adds to the horror of the story. 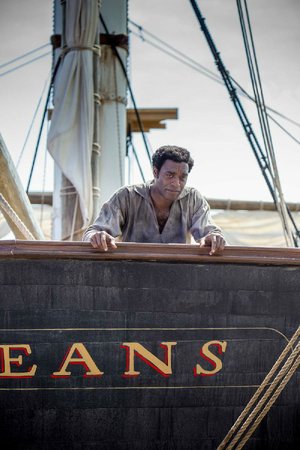 Add to that the well-earned reputation of director Steve McQueen (Hunger, Shame) as an uncompromising and daring filmmaker, willing to take an unblinking look at the horror human beings can inflict upon one another, and you can see why this film more than any other galvanized the large body of critics and industry folks at this year’s Toronto International Film Festival.

The early word was the film was difficult and unsettling to watch, but also a masterpiece that had to be witnessed. So I went to a later screening of the film having steeled myself for the worst possible outcome. As much as film critics’ delicate sensitivities might seem to have been jaded by repetition, there always exists the risk that a truly gifted filmmaker can hit you with something indelible and merciless whose image you will never be able to fully erase from your consciousness (to take one example, don’t screen Gaspar Noe’s Irreversible unless you plan on seeing poor Monica Bellucci suffering in your nightmares).

I’m relieved to report, therefore, that, while McQueen maintains his relentlessly disciplined focus, which results in several thoroughly upsetting moments and one scene near the end from which you will almost certainly want to avert your eyes, there is also a tremendous amount of emotional warmth to his vision. Of course, the film’s title, taken from Solomon’s sterling account of his years in forced servitude, also suggests a finite endpoint: a far happier ending than the vast majority of his suffering brethren.

As we meet him, Solomon (Chiwetel Ejiofor) is a much-beloved public figure in Saratoga Springs, where he lives in comfort and luxury with his wife, Anne (Kelsey Scott), and two young children, working as a renowned violinist. When Anne goes away for a family visit for a month, taking both children with her, Solomon gets an offer from two visitors to join a high-end, traveling circus production for a couple of weeks that would pay him handsomely for his music while on the road.

They go down to Washington, ostensibly to organize the rest of the production, and take Solomon out for a night on the town, plying him with fine food and drugged wine. When he awakens the next morning, it’s in shackles and he’s being smuggled out of the free North down to the slave-owning South. There, he ends up being sold by a rich slave-dealer (Paul Giamatti) to Mr. Ford (Benedict Cumberbatch), who puts him to work on his plantation, despite Solomon’s continued insistence that he’s a free and educated man.

Thus begins his horrific journey - from the slightly more enlightened Ford, who defends Solomon after he finally breaks down and whips up on Tibeats (Paul Dano), a particularly odious taskmaster; eventually to the demented Edwin Epps (Michael Fassbender), a plantation owner thoroughly obsessed with one of his female slaves, Patsey (Lupita Nyong’o); to the fury of his wife (Sarah Paulson), who abhors the girl as a result. Epps is a sadist and an egomaniac, given to waking his poor, bedraggled slaves in the middle of the night and bringing them into his mansion to dance for him, getting peeved if they aren’t showing the requisite glee (“Where’s the merriment?!”). He also insists on making Solomon complicit in his tortured affection for Patsey, with truly devastating results.

It is there, many years into his forced captivity, when Solomon finally happens to meet a white man willing to listen to his story. Bass (Brad Pitt), a Canadian day laborer with strong humanistic principles, takes in Solomon’s tale of horror and finally does something to help him escape, but not before the manic Epps forces Solomon further into his vicious game with Patsey.

First and foremost, we are surely watching one of the transcendent performances of the year in Ejiofor’s sensitive, moving portrayal of the miserably oppressed Solomon. After the kidnapping, the character is almost cursed with his intelligence, able to see clearly in a situation so dire and incomprehensibly deranged, logic folds back onto itself and is nearly as much a burden as the chains and shackles on his feet. Ejiofor finds an exquisite balance of, dignified intelligence and base survival instinct.

The other supporting players all do yeoman work, especially Fassbender, who creates the most terrifying kind of monster, one whose twisted impulses and rages we can almost recognize; and Nyong’o, whose miserable character suffers almost ceaselessly at the hands of her besotted master.

Belying the savagery within its frame, McQueen and cinematographer Sean Bobbitt have created a stunningly gorgeous film that entices you with its exquisite visual acuity even as it repels you with its heinous subject matter - never more so than in an almost unendurable single long shot in which Solomon is strung up and left to be lynched, having to stand on his toes to keep from hanging, even as the rest of his fellow slaves go about their day all around him.

Once the film’s strong tactile imagery takes hold of you, it’s impossible to escape around the edges. McQueen has you breathing in the same soot and smoke and misery as the slaves stuck in their hovels. By the time the harrowing third act begins, Solomon’s shining, indomitable integrity becomes the audience’s only guide light through this unspeakable darkness. Never has a man more deserved a positive outcome. But even as he’s finally freed our relief is sorely tempered: We remain all too acutely aware of Patsey and the other tortured souls he’s forced to leave behind.

Print Headline: Brutal/12 Years a Slave is hard to watch, and worth it