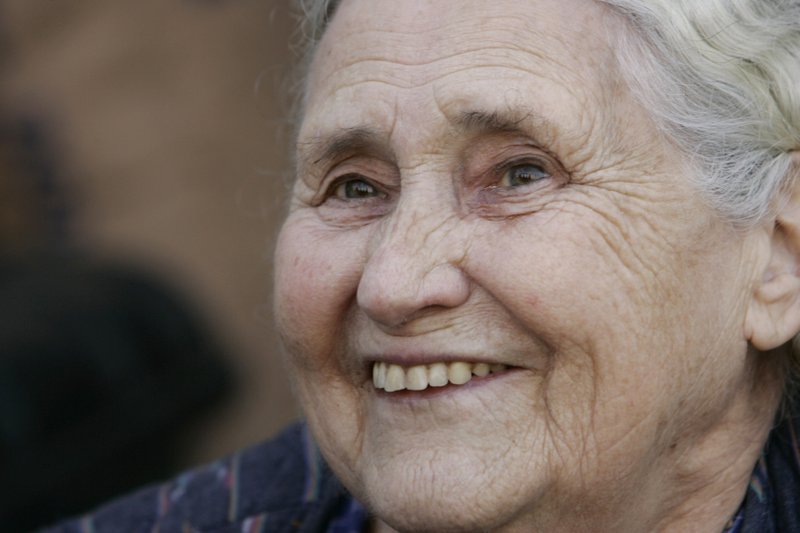 In this Thursday, Oct. 11, 2007 file photo, British writer Doris Lessing, winner of the 2007 Nobel Prize in literature, smiles as she talks to members of the media, shortly after the announcement of the award, outside her home in north London. Doris Lessing, the free-thinking, world-traveling, often-polarizing writer of "The Golden Notebook" and dozens of other novels that reflected her own improbable journey across the former British empire, has died, early Sunday, Nov. 17, 2013. She was 94. (AP Photo/Lefteris Pitarakis, File)

LONDON — Doris Lessing, the Nobel prize-winning, free-thinking, world-traveling and often-polarizing author of "The Golden Notebook" and dozens of other novels that reflected her own improbable journey across the former British empire, died Sunday. She was 94.

Her publisher, HarperCollins, said the author of more than 55 works of fiction, opera, nonfiction and poetry, died peacefully early Sunday. Her family requested privacy, and the exact cause of death was not immediately clear.

Lessing explored topics ranging from colonial Africa to dystopian Britain, from the mystery of being female to the unknown worlds of science fiction.

She won the Nobel Literature prize in 2007. The Swedish Academy praised Lessing for her "skepticism, fire and visionary power." When informed about winning the prize outside her London home she responded: "Oh Christ! ... I couldn't care less."