Attacks kill 5 in Iraq, including journalist

BAGHDAD — Authorities in Iraq say a series of bombings and shootings have killed five people, including a television journalist.

Police say a bomb blast in downtown Baghdad killed one person. They also say gunmen carrying with pistols fitted with silencers stormed a small restaurant and killed the owner.

In the northern city of Mosul, police say gunmen killed Alaa Idwar, a cameraman working for a local TV station, as he as he walked near his house.

Medical officials confirmed the causality figures. All officials spoke on condition of anonymity because they were not authorized to talk to journalists. 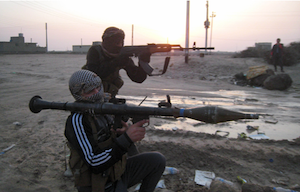