‘This place is special’ 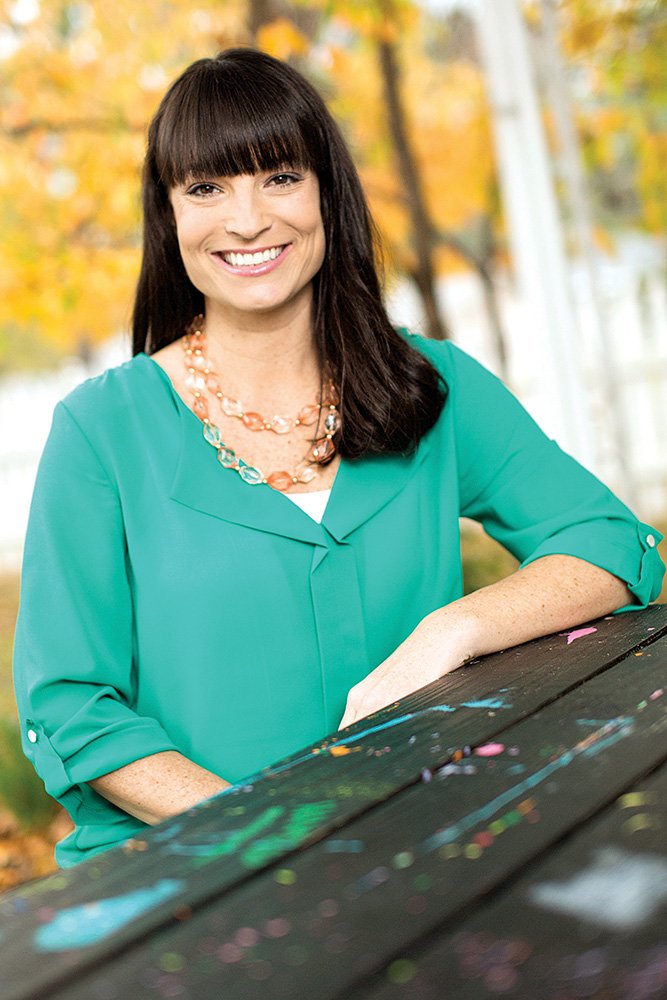 Marti Jones of Conway became director Nov. 1 of HAVEN, Help for Abuse Victims in Emergency Need. Jones, who worked at HAVEN while in college, said the shelter for girls is “definitely due for an update. I would love to raise money for new furniture.”

CONWAY — After 15 years away, Marti Jones of Conway is back on the job at HAVEN, this time as its director.

“I worked here at HAVEN all through college. I loved it,” she said. “You can ask anybody who has worked at HAVEN — it stays with you.”

Help for Abuse Victims in Emergency Need is a residential shelter for girls ages 6-18 who are wards of the state.

“It could be neglect, it could be physical abuse, sexual abuse, truancy, a lot of things,” Jones said.

While Jones was getting her degree in community health at the University of Central Arkansas in Conway, she said, she worked at HAVEN part time, including nights and weekends.

She said it was “very eye-opening” to hear the girls’ stories, especially during the first staff meeting.

“Once a week we get together, everybody who works there, and just go over the entire week — who has arrived, who has left, the behavior that week for each child,” etc.

“I remember thinking, ‘Oh, what have I gotten myself into?’” she said. “It makes you feel lucky and blessed and want to do everything you can to help them, for sure.”

HAVEN is part of Counseling Associates Inc., and when Jones graduated from UCA, she worked there for 10 years, first as a children’s case manager at the Morrilton clinic.

She also was a drug-testing specialist for Counseling Associates.

When she had her first daughter, Tate, eight years ago, Jones became a stay-at-home mom.

Jones, whose mother, Martha Longing, is a bookkeeper in the Conway School District, said she wanted to be home in the summers like her mother was.

“I said something really special is going to have to come along to give this up,” she said.

She got a call from Lee Koone, her former supervisor at HAVEN, who is director of children’s services at Counseling Associates Inc.

“The timing was just amazing,” Jones said of the opportunity.

It only took a few minutes for Jones and her husband, Chris, to decide.

“This place is special enough; it’s worth it,” she said.

Koone said that as soon as Morse resigned, she knew whom she wanted to hire.

“I have worked and known Marti for 10-plus years,” Koone said. “Marti has always told me her dream job was HAVEN. She is a dedicated, hard-working person who will represent Haven and Counseling Associates well. She brings such enthusiasm into her job; it’s not hard to see why people are drawn to her. She has always excelled in whatever she has done. We are so excited to have her.”

Jones said her time away has helped with her perspective.

“After years of working in it, you get hardened to it a little bit, and you almost have to. Leaving and coming back, I’ve got all my empathy back,” Jones said.

Her young daughters haven’t minded her going back to work, she said.

“They’re really proud of me, and they want to know about HAVEN,” she said.

Jones said she has tried to raise her girls to be empathetic, too — encouraging them to play with the girl on the playground no one else wants to play with, or not to make fun of what someone’s wearing.

Jones said the fact that she previously worked for HAVEN helps her relate to the staff, who are mostly college students.

When she worked for HAVEN when she was in college, it was in the historic Frauenthal House, now owned by the Conway Regional Health Foundation.

The current shelter is in a 1910, two-story frame home, a former private residence. It has beds for 12 girls, but the home gets crowded with more than 10, she said.

One of her hobbies is refinishing and painting furniture, and she’s got her eye on several projects in the house.

As an HGTV devotee, she’s emailed makeover shows, suggesting the HAVEN house for a project.

“I thought, ‘Hey, why not?’ It can’t hurt to ask,” she said, laughing. “There are so many projects that could be done around our house.

“My job is a lot of the business aspect — fundraising and staff.”

Debra Bradley, secretary, “who has been here forever,” is invaluable, Jones added.

Mental-health funding has been cut in the 15 years she’s been gone, she said.

“I didn’t realize how much HAVEN relied on private donations and our community,” she said.

It’s a United Way of Central Arkansas agency and gets Medicaid funds, but she said it’s the community that keeps HAVEN going.

A Hendrix College professor called and asked if some students could rake leaves. “Absolutely,” Jones said she told the professor.

If someone asks to bring coats in July, she tells them to bring them.

A lot is needed for the girls the first 24 hours they arrive, Jones said.

“Some come with the shirts on their backs, and that’s it,” she said. “Within 24 hours, we have to get them enrolled in school, get them a backpack and school supplies, a toothbrush, a hairbrush, clothes. We’re scrambling sometimes.”

The girls may stay a short time or until they graduate from high school.

Jones said she’s getting to know the girls in the house. She hangs out with them after school from about 3:30-6 p.m. and talks to them while they have a snack.

She’s also on call 24 hours a day every other weekend.

Jones said she’s impressed with the 15 staff members, who receive 40 hours of mental-health paraprofessional training to work with the girls.

“You throw in this many kids, with this many personalities with the backgrounds they come from, and it’s not easy,” Jones said.

“You have to love it to work here. It’s not something you do just to get a paycheck. No two days are ever the same,” Jones said, which keeps it interesting. “It’s a great place to work.”

Jones, in the first three weeks on the job, revamped a Facebook page to help people be aware of HAVEN and its needs and “to post pictures of wonderful things the community has done for us.”

Networking is something Jones said she believes is a strength of hers, because she grew up in Conway.

“I would like everyone to know, yes, I’m the director of HAVEN. I don’t care if I’m out to dinner with my husband. Yes, if you want to talk about HAVEN and something you’d like to volunteer for, … I’ll talk about it anywhere, anytime,” she said.

“I just appreciate this town; I’m proud to be from here.”

A couple of years ago, Jones said, a former HAVEN resident, now a doctor, found her on Facebook.

“She said, ‘I just want you to know you made a difference in my life.’ She was so smart when she was here,” Jones said. “I’d say, ‘Hey, I need some help with this ninth-grade math.’ She just came from a bad situation. You don’t hear a lot of thank-yous. I tell the staff, if you get one, hang onto it. You are making a difference every day.

“I want them to know that 15 years from now, they’ll still be thinking about this place — because they will.”