One of three freed in West Memphis murders speaks on case 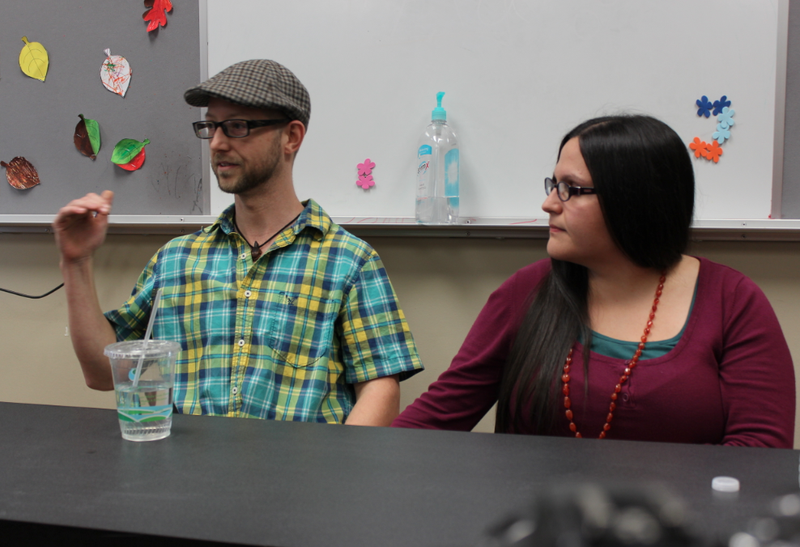 MALVERN — One of three men convicted of the grisly murders of three boys in West Memphis, but then freed after 18 years in prison in a rare legal maneuver, on Wednesday spoke openly about the case and his continued push to prove his innocence.

Jason Baldwin along with Damien Echols and Jessie Misskelley were convicted of the 1993 murders of 8-year-old Cub Scouts Stevie Branch, Michael Moore and Christopher Byers. Baldwin and Misskelley were serving life sentences and Echols was on death row when in 2011 they agreed to drop a push for a new trial and plead guilty while maintaining their innocence in exchange for immediate freedom.

Speaking Wednesday at the Malvern-Hot Spring County Library, Baldwin said he at first didn't want to take the deal because he knew none of the three had anything to do with the crime.

But Baldwin said he eventually changed his mind for the sake of his codefendants.

"Damien was on death row, they're trying to kill him," Baldwin said. "Jessie, his dad came to visit him every single visitation day, never missed a visit until that last year we were there. His dad's health — he got old, his health did a 180 and he couldn't come see him ... I couldn't make that decision for me ... I had to take the plea deal."

Baldwin, who will speak later Wednesday at the University of Arkansas at Little Rock, spoke alongside Pam Hobbs, the mother of Stevie Branch who initially believed Baldwin, Misskelley and Echols were guilty but now thinks they had nothing to do with the murders.

Hobbs said she's grown tired of figuring out who might have committed the murders and prefers to think about the time she spent with Stevie before he was killed.

"I'm going to remember the beautiful smile that was on my baby's face when he left me," she said, later adding that she's not pointing fingers at anyone anymore. "I'm just living with my tragedy."

Speaking to a crowd of about 75 people, Baldwin said he first heard about the murders in school and days later was questioned by police. He said he was happy to provide hair, blood and saliva samples because he figured investigators were wanting to compare them to evidence from the scene that would prove the killer was someone else.

"I said this is a good thing," Baldwin said. "Right now the officers don't believe me for whatever reason ... but whenever they get their tests back they'll realize they made a mistake and I was telling the truth all along. All I've got to is just be strong until then ... I knew I was not there."

Baldwin said he instead was told before the trial that there was no DNA evidence recovered from the scene.

At trial, prosecutors suggested the victims were killed in a satanic ritual and they pointed to a confession that purportedly came from Misskelley. Supporters of Baldwin, Echols and Misskelley contend the confession was the result of police coercion.

Misskelley was convicted first in his own trial followed by Echols and Baldwin, who were tried together.

The case drew significant attention and HBO sent a film crew to document the trial. The resulting film, Paradise Lost, raised worldwide interest in the case and drew supporters to the cause of freeing the men.

"I thank God every day," Baldwin said. "You look at the news now and there's bad things that happen all over the world all the time and not everybody gets help. That was our help. If [the filmmakers] hadn't come down and filmed the trial ... they would have murdered Damien and Jessie and I would still be there growing old."

Hobbs said it took her years to "come to terms" with the case and realize that Baldwin, Misskelley and Echols weren't involved.

"The police told me Damien, Jessie and Jason done it," she said. "If they told me Santa Claus had done it, I'd have been wanting to kill Santa Claus ... Someday I'll know the truth. I do believe that."

Baldwin and Hobbs are both set to speak at a screening of the documentary West of Memphis 6 p.m. Wednesday in room 214-C at the Donaghey Student Center on the UALR campus.