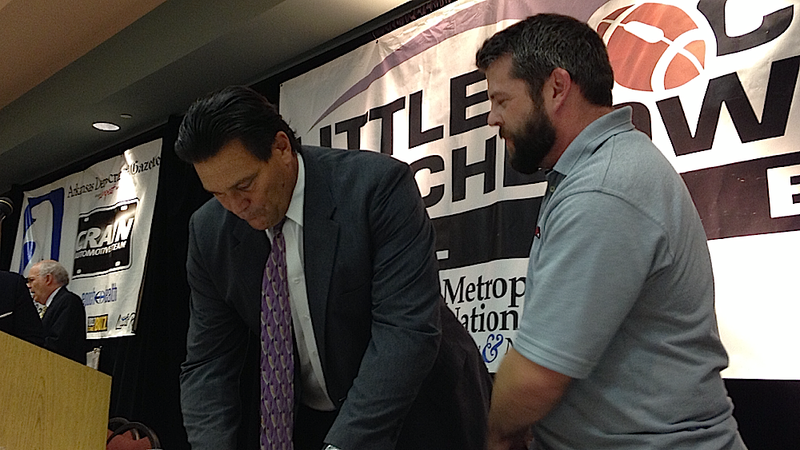 Former Jacksonville, Arkansas and Chicago Bear defensive lineman Dan Hampton was on hand Tuesday at the Little Rock Touchdown Club as announced the creation of an award named for him.

The Dan Hampton Award will go to the top defensive lineman in Division I college football and will be handed out at the club's annual banquet at the end of the season.

Hampton, who grew up on a farm in Cabot, spoke to the crowd of about 200 at the club's weekly meeting at the Embassy Suites in west Little Rock.

The 2002 Pro Football Hall of Famer entertained the crowd with several stories of his travails in the NFL, including knocking out former New Orleans Saints quarterback Archie Manning on a sack and beating the Dallas Cowboys 44-0 in 1985.

The former All-Pro and Pro Bowler also told the crowd about his time with the Razorbacks, including being recruited by legendary coach and former Razorback Jimmy Johnson and how a crippling fall out of a tree kept him out of sports until his junior year at Jacksonville High School.

Hampton also called his former coach Lou Holtz a "motivation machine," and lauded his time playing with a number of "Arkansas kids" that were his teammates.

Hampton, who said he loves returning to central Arkansas but rarely gets to, also urged the crowd to let their children play football, despite reservations they may have in light of the recent settlement between the NFL and its former players over concussion-related brain injuries.