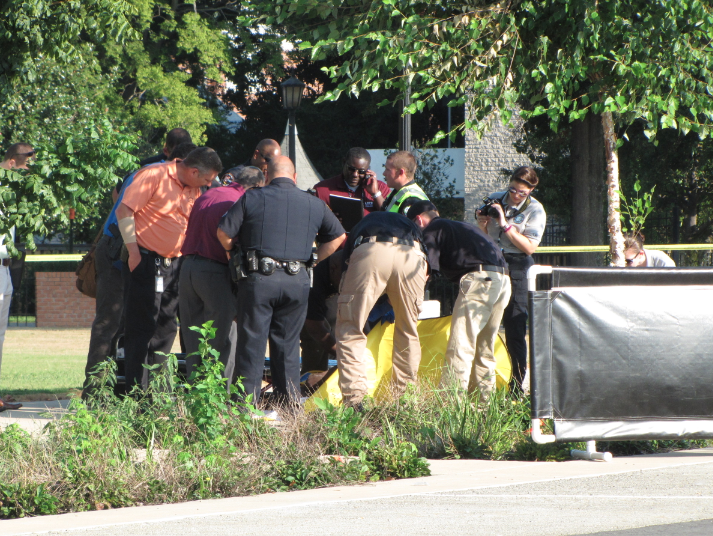 Authorities work to remove a man's body after it was found Tuesday morning in MacArthur Park.

Authorities are investigating Tuesday after the body of a man who appeared to have been shot multiple times was found in MacArthur Park in Little Rock.

The body was discovered in a ditch between McMath Avenue and the children's playground by joggers about 7 a.m.

Little Rock Police Department spokesman Sgt. Cassandra Davis said the victim is a black man in his mid-30s, but his identity isn't yet known. She said police had been called to the area about midnight in reference to shots fired, but investigators didn't find anything then.

"If this individual was there at that time ... it's possible that our officers did not see him last night," Davis said.

Davis said police have no suspect or motive information.

Investigators roped off a large crime scene that included the children's playground and both sides of the road.

It remained blocked off after the body was removed around 9 a.m. Pulaski County Coroner Gerone Hobbs said the body was being taken to the state Crime Lab for an autopsy.