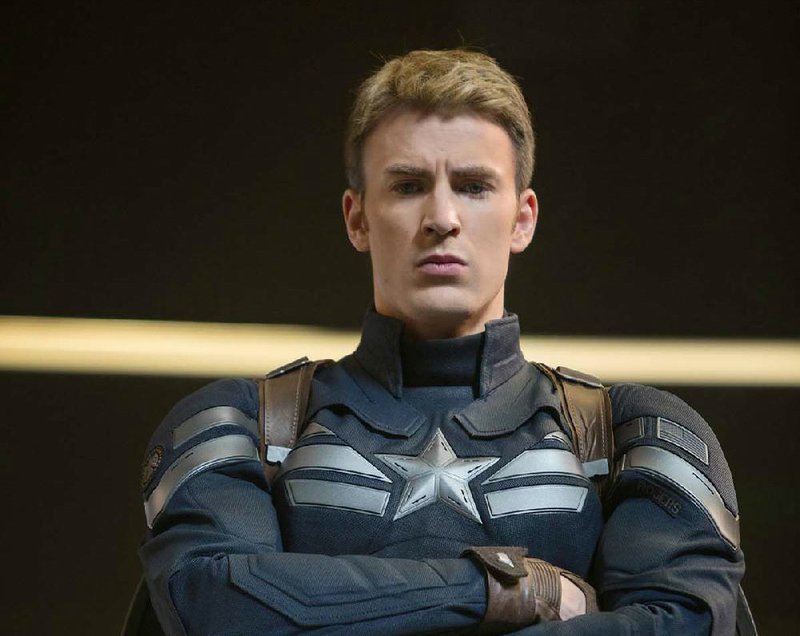 Chris Evans returns as a super soldier from the past in Captain America: The Winter Soldier.

At this point, Marvel has pretty much got its properties on lock down. After having to file for bankruptcy in the mid-’90s, and selling off the movie rights to some of its most lucrative characters (X-Men to Fox; Spider-Man to Columbia), Marvel really started turning it around with 2008’s Iron Man, having the genius to bring Robert Downey Jr. to the role that restoked his career and gave the venerable comics giant a massive hit.

This led to other increasingly well-placed films, such as Thor, the Hulk reboot, and, in a coronation of critical and popular acclaim, The Avengers, which made $1.5 billion worldwide and completed the total revitalization of the Marvel brand. With that universe firmly established - alas, minus the two aforementioned massive franchises - the film division started churning out quality hits that have taken the summer box office by storm the past few years.

In that vein, the first Captain America film (2011) was a bit of a throwback adventure, both literally - as most of it took place during World War II - and figuratively in the sense that it achieved its ends with excellent pacing, solid character work, and a clever script that hit the right balance between humorous and heartfelt, capturing the essence of the character without making him too stuffy and anachronistic.

The new film dispenses with much of the flashback material and brings us an updated Cap (Chris Evans), now uneasily living in the present, still making his way in this new world (one of the film’s funniest gags involves him scribbling down recommendations people make to him on a notebook, a list that also includes “Nirvana,” Rocky and “Thai Food”), while everything he once knew has become fetchingly antiquated. Near the beginning, he spends some time in civvies, taking in a Smithsonian exhibit on himself, a moment that only adds to his wounded sense of being a man from another time and place.

He has reason to wax nostalgic. His boss, Nick Fury (Samuel L. Jackson), keeps pulling the rug out from under him, sending him on missions with super agent Natasha Romanoff (Scarlett Johansson), without filling him in on her part of the assignment. Fury is concerned that S.H.I.E.L.D., the massive intelligence gathering outfit he heads, has been compromised, and things quickly prove him correct. Before he knows it, Cap is on the run from S.H.I.E.L.D. with very few friends and a giant gaggle of highly trained enemies on his tail, including the mysterious Winter Soldier (Sebastian Stan), a half-cyborg assassin with a metal arm and a nasty disposition.

This film was directed by the unlikely sibling duo of Anthony and Joe Russo (whose biggest claim to fame before helming this $170 million behemoth was several episodes of Community), a huge risk that seems to have paid handsome dividends. What the brothers do share with the rest of the approved Marvel auteurs (a rogue’s gallery that includes such geek-studded luminaries as Kenneth Branagh, Joe Johnston, Shane Black and Joss Whedon) is attention to detail, a strong visual sensibility and a clear devotion to the characters they’re depicting. Cap is a bit of a milksop, truth to be told, a clean-cut guy who believes strongly in fresh pie, and sees all the good in the world as much as humanly possible. In the wrong hands, he could simply be dull, a watered down hero as bland as Superman, but the brothers, working from a suitably intricate script from Christopher Markus and Stephen McFeely, find the soul of the character, the pained, man-out-of-time turning cynical, that generates the precise point of honor within him.

The action, too, is plentiful and well staged, albeit with a surfeit of quick-edit, hyper-motion camera jostling, an affliction with which nearly every modern action film seems to be struck. It is also a joy to watch Johansson and Evans bring more to their characters beyond shapely muscles and snide humor. Both are seriously underrated actors, written off too quickly for their considerable physical charms. There are deeper waters beneath their sexy sheen, and, surprisingly enough, this film allows them to display at least some of those depths.

Certainly, the film is about 15 minutes too long - not even including Marvel’s now-standard two bonus scenes at the midpoint and the end of the closing credits (Seriously, has ever a franchise forced its audience to stay seated for the endless succession of digital effects artists before?) - and you imagine it won’t be too long with these films before each new world-threatening danger so closely resembles the previous one that the celebrated Marvel universe might become completely redundant, but there is still much to revel in here, a nurturing feast for fanboys and a lot of action-tinged fun for general audiences. Cap might be a pumped up, costumed action hero, but in the hands of the Brothers Russo, he’s also just human enough to remain interesting.