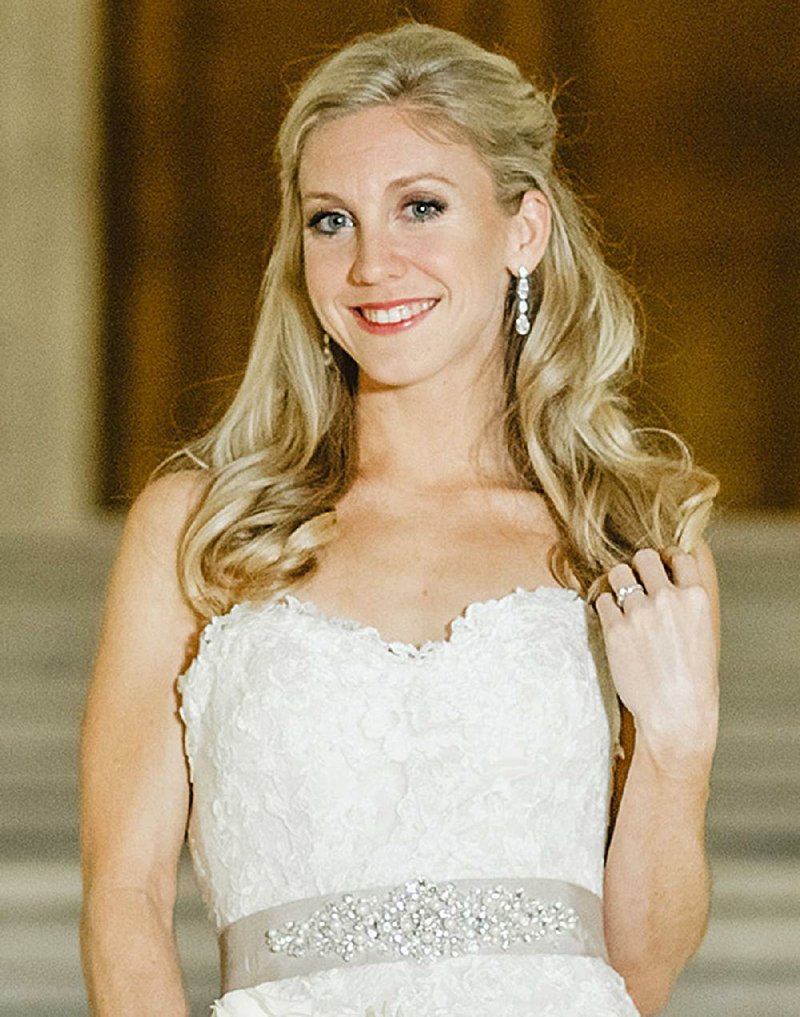 Parents of the bride are Lisa and James E. Hagans III, 15 Chenal Downs. She is the granddaughter of Dr. Beverly Edwards of Kernersville, N.C., and Bonnie and the late James E. “Rock” Hagans Jr. of Morrilton.

The groom is the son of Diane Lucienne Paquette of Hawkesbury, Ontario, Canada.

Given in marriage by her parents, the bride wore a fit and flare gown of re-embroidered lace over delustered satin. She carried a bouquet of ivory hydrangeas, pink and peach roses and a cascade of miniature calla lilies.

Best man was Angus Macaulay of Quebec City, Quebec, Canada. Groomsmen were Ethan Coffey, Bobby Calvin “Caboose” Holcombe, Michael Mentz and Franklin Morrisson, all of Knoxville, Tenn.; Andrew Hudson of Sudbury, Ontario; and Stephen Koziarski of Milton, Ontario. Guests were seated by Davis Parker of Kernersville; and Brayden Mearns and Carter Osborn, both of Morrilton, all cousins of the bride.

Flower girls were Paris Parker of Kernersville, Abby Hagans of Scotland and Carlie Osborn of Morrilton, all cousins of the bride. Ring bearer was Ely Hagans, also of Scotland, and cousin of the bride.

The reception, also at the Castle on Stagecoach, followed the ceremony. Large guest tables held elevated arrangements of wedding flowers and flowering branches.

After a wedding trip to Mont Tremblant, Quebec, the couple will make their home in Memphis.