Searcy's Howard out of baseball 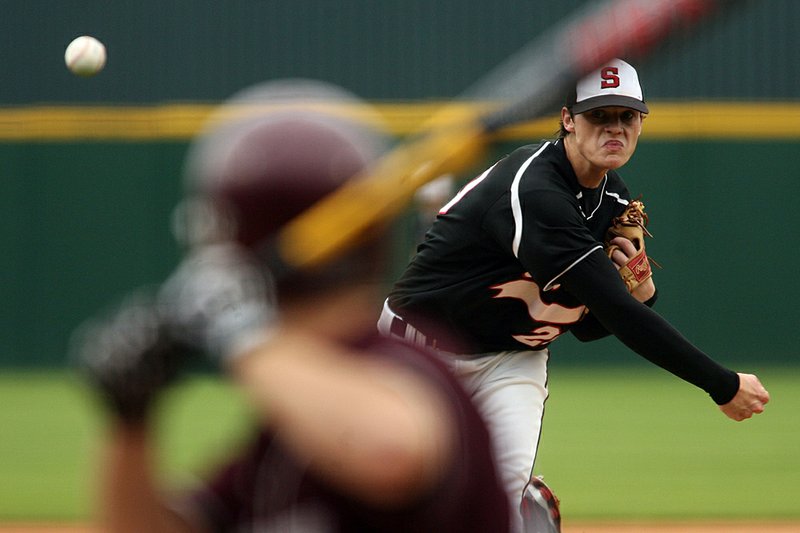 Searcy starting pitcher Dillon Howard delivers against Benton during the 6A state championship game Friday, May 8, 2009 at Baum Stadium in Fayetteville.

Former Searcy HIgh School pitching standout Dillon Howard has quit professional baseball at the age of 22, according to reports.

Howard was a second round pick of the Cleveland Indians in the 2011 MLB Draft. The right-hander received a signing bonus of $1.85 million.

According to the Cleveland Plain-Dealer newspaper, Howard told Indians management he had lost the desire to pitch. The Indians could recover a portion of his signing bonus, according to the report.

Howard did not pitch last season and was suspended 50 games for violating MLB's drug policy when he tested positive for an amphetamine. He recorded a 7.90 earned run average in 41 innings in 2010 while playing in the rookie-level Arizona League.

Howard was 9-1 in 12 starts as a senior at Searcy with a 0.31 ERA. He was named the Arkansas Gatorade Player of the Year in 2011 and signed a letter of intent with the University of Arkansas.