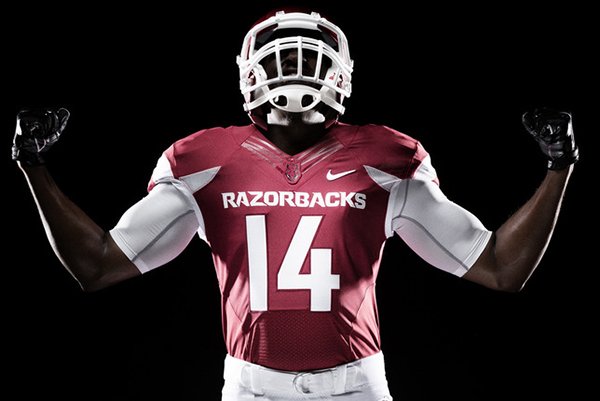 An artist's rendering of Arkansas uniforms for the 2014-15 season.

FAYETTEVILLE — Arkansas unveiled new uniforms Monday as part of a rebrand stemming from its partnership with Nike.

As part of the rebrand, the Razorbacks' jerseys will be uniform in all 19 sports programs. A primary color was established for all jerseys and apparel sales, as well as primary typography for word marks and numerals.

Arkansas also unveiled a new a secondary logo featuring a forward-facing razorback. The logo will be used on the team's jerseys next season above lettering, but won't replace the school's primary logo on football helmets. 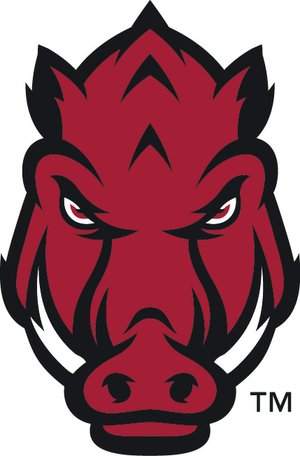 A new secondary logo for Arkansas was unveiled Monday.

The Razorbacks will wear red and white football helmets next season. The program defined its primary colors as cardinal and white, with secondary colors including black, anthracite and dark steel gray.

“Over the years, the Razorback brand has undergone evolutionary changes while maintaining the core attributes that are extremely important to the long history of our program and to all those who call themselves Razorbacks," Arkansas athletics director Jeff Long said in a statement.

Florida State also tweaked its logo used for athletic teams. Other schools to tweak or overhaul their logos in partnership with Nike GIG in recent years include UCONN, Arizona State, Georgia, California and Oregon State.

"We've gone back to the classic, traditional look because that's what our fans want, that's what our students want," Arkansas associate athletics director Mike Waddell said during an interview on Sports Talk with Bo Mattingly. "What works in Tallahassee doesn't work in Fayetteville.

"We're not going to have 75 different options for our uniforms. We have a very clean, traditional look that won't change."