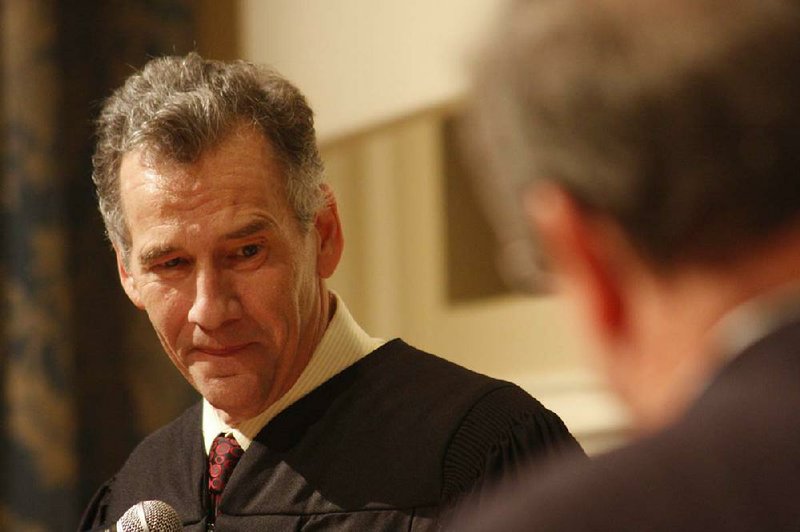 LITTLE ROCK — An Arkansas judge struck down the state's new voter ID law on Thursday, saying it violates the state constitution by adding a requirement that voters must meet before casting a ballot.

Pulaski County Circuit Judge Tim Fox voided the measure in a lawsuit over the way absentee ballots are handled under the law. A separate lawsuit had been filed last week directly challenging the law, which requires voters to show photo identification before casting a ballot.

The law "is declared void and unenforceable," Fox wrote in the ruling.

The Republican-led Legislature approved the law last year, overriding a veto by Democratic Gov. Mike Beebe with a simple majority vote in the House and Senate. Backers of the measure said it was aimed at reducing voter fraud, while opponents said it would disenfranchise voters.

A spokesman for Attorney General Dustin McDaniel, a Democrat, says the state Board of Election Commissioners has asked McDaniel's office to appeal Thursday's ruling, and it will do so.

The American Civil Liberties Union of Arkansas, which had filed the separate lawsuit, hailed the ruling.

The law, which took effect Jan. 1, was used in some local elections earlier this year, but it will be used statewide for the first time during early voting beginning May 5 and during primary elections on May 20.

Read Friday's Arkansas Democrat-Gazette for more on this story.