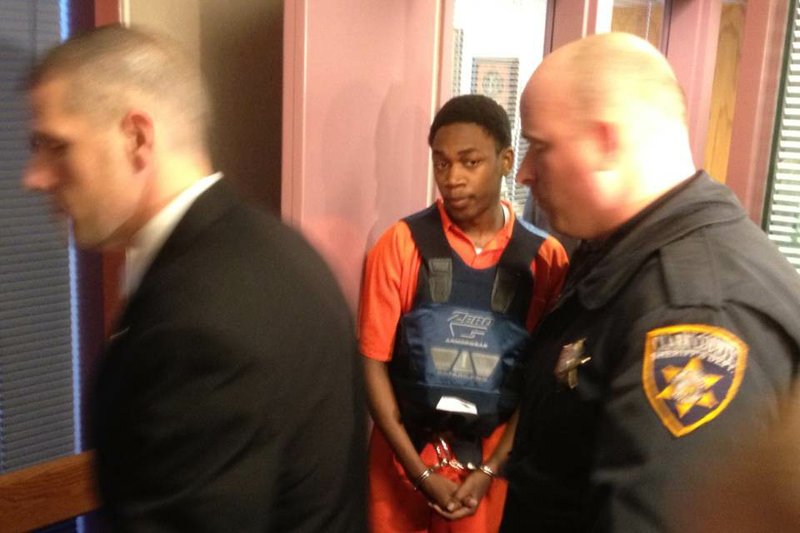 FILE - Riakos Lizana is escorted from Clark County Circuit Court Friday, Jan. 18, after entering an innocent plea to three counts of capital murder and one count of aggravated residential burglary.

The man arrested in the killing of two young girls and their stepfather in Arkadelphia will serve the rest of his life in prison after pleading guilty Friday, officials said.

In a hearing Friday morning in Clark County Circuit Court, Riakos Lizana pleaded guilty to three counts of capital murder and one count of residential burglary. He was then sentenced to four terms of life imprisonment to be served consecutively without parole, prosecutor Blake Batson said.

Batson said that Lizana, who he described as an acquaintance to the family, also acknowledged he had entered the home with the intention of committing a theft. The reason he killed the two young girls remains unknown.

"He did not offer an explanation of why," Batson said.

Two of the bodies were found after Galbraith's wife returned to the home, according to a probable cause affidavit. Responding authorities later discovered the second young girl dead and a 6-month-old girl who was unharmed.

The affidavit indicated Lizana was charged after his palm print matched a bloody one found at the scene.

In a statement, Batson said the girl's mother requested prosecutors OK the deal, avoiding a trial that had been scheduled for next month.

"This family deserves closure, this family deserves for this case to end today without reliving this horrific crime at a trial and the appeals that would result from it," he said, adding later: "There is not an appropriate punishment for this crime under Arkansas law. The defendant will die in prison as a result of this sentence. This case has been a continuous part of my thoughts and prayers since that night."

Read Saturday's Arkansas Democrat-Gazette for more on this story.