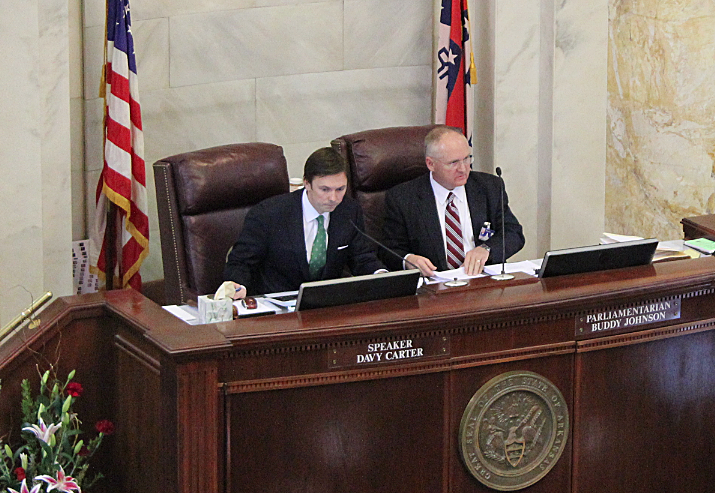 House Speaker Davy Carter says funding will be approved for the state's private option Medicaid expansion despite indications it may have lost the narrow majority of support that passed it last year.

Carter spoke shortly after legislators opened the fiscal session Monday at the state Capitol. He said the private option vote will "drive" the session and needs to be completed before legislators can turn their attention to passing a budget.

Authorizing funding for the private option requires a three-fourths majority in both chambers. State Sen. Missy Irvin, R-Mountain View, who voted for the program last year, has said she will not do so again, and state Sen. John Cooper, R-Jonesboro, was elected in a special election after that vote. He opposes the program.

But, Carter said, an appropriations bill will pass, though he's not sure what it will take.

"We can't pull up on this thing now," he said. "Nothing's changed materially from what we've said was going to happen back in the General Session. We haven't even given it a fair chance to work.

Carter said the Senate is expected to take up the bill first, but that it will be addressed early in the session. A vote in the House could come next week, he said.

"Until we get that resolved, it's going to be awfully hard or impossible to set the budget," Carter said. "If for some reason the support isn't there, we're going to have to start from scratch. It's a real issue. It's $90 million plus coming out of the budget."

The House and Senate adjourned Monday a brief ceremonial opening to the session.