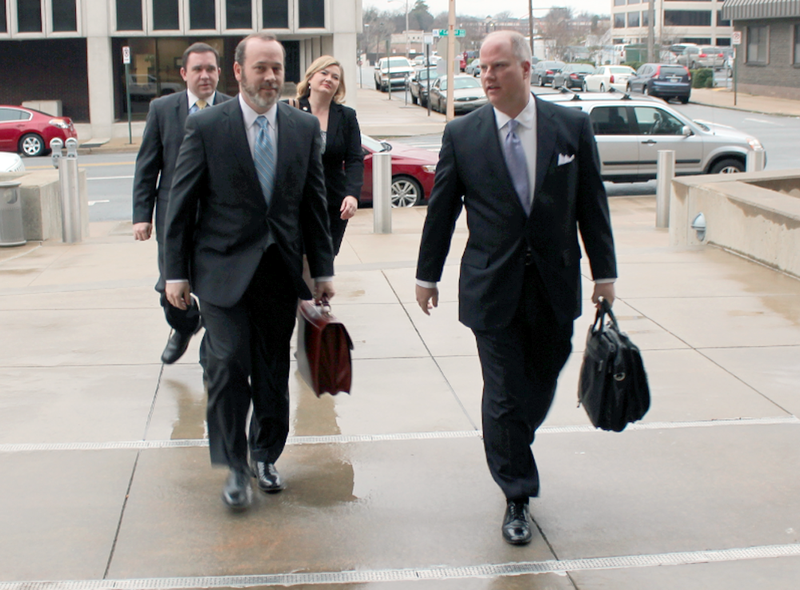 A federal judge has approved a settlement that will phase out millions in state desegregation aid to three Pulaski County school districts, ending decades of court battles.

U.S. District Judge D. Price Marshall on Monday accepted a plan he had preliminarily approved last year to end the payments that have totaled more than $1 billion.

Attorney General Dustin McDaniel earlier Monday told Marshall the deal was "historic" and "something that maybe we never dared to dream could happen."

The Joshua intervenors, who represent black students in the three school districts, had been the lone holdout when McDaniel first received authority from lawmakers to present the deal to the judge.

McDaniel maintained that the settlement could be agreed to despite Joshua's objections, but Joshua later signed on to the tentative agreement as well.

For more on this story, see Tuesday's Arkansas Democrat-Gazette.

LITTLE ROCK — A hearing before a federal judge on a proposal that could end decades of court battles and $1 billion in state funding to three Little Rock-area schools is under way Monday morning.

U.S. District Judge D. Price Marshall began a fairness hearing on whether to approve the agreement by hearing from a handful of objectors, including the mother of two children currently attending a magnet school and Sherwood mayor Virginia Hillman.

The hearing was ongoing late Monday morning and could stretch into Tuesday.

Samia Johnston, who lives outside Sherwood and has two children attending Booker Arts Magnet Elementary School, said she's not opposed to the "financial aspects" of the deal but questions why students now in magnet schools can't continue in them through high school graduation.

She acknowledged the system requires applying from elementary to a middle school magnet and then again to a high school magnet school, but said the deal would only allow the students to stay in their existing magnet facility before having to go back to their home district.

"Our children should not be penalized ... in the middle of their schooling," Johnston said.

Hillman, along with two representatives of the Sherwood Public Education Foundation, said it's not fair how the desegregation agreement allows Jacksonville to create its own school district while preventing other cities from splitting from the Pulaski County district until it is desegregated, or unitary.

"We would like our children to have the same opportunities other cities and communities enjoy," Hillman said, noting Sherwood is the largest city in Arkansas that doesn't have its own district.

She added she knows of parents who won't live in Sherwood or have moved from it because of "disarray" in the Pulaski County district.

The tentative agreement, which received preliminary approval last year, calls for payments to the districts to end in 2018 after the state pays another nearly $70 million a year.

Attorneys on both sides say they see no reason why the judge would disapprove the plan. The hearing could continue into Tuesday.

John Walker, the lead attorney for black students known as the Joshua intervenors, asked Marshall to approve the deal, saying it's a fair agreement between "long-combating parties."

"We can't please in settlement agreements everybody in the world," he said.

And Attorney General Dustin McDaniel noted that the "historic" agreement was "something that maybe we never dared to dream could happen" as he also urged approval.

"We all had a common commitment to this agreement's fundamental fairness," McDaniel said at the hearing.

If the agreement falls apart, a trial on Arkansas' request to immediately end the payments is set for March.

Information for this article was contributed by Gavin Lesnick of Arkansas Online and by The Associated Press.