One day after a parent who had been involved in a reality television show centered around a Sherwood-based cheerleading facility was arrested on rape charges, an employee of the same company now faces charges in a separate case.

Ronald Dunlap, 41, an employee of Cheer Time Revolution, was arrested on multiple drug charges early Wednesday morning, along with an another man, Ryan Dahl, 21, according to an arrest report from the Sherwood Police Department.

The report states an officer approached Dunlap and Dahl as they sat in a parked Honda Civic in a grass area across the street from a residence at 9811 Miller Road at 12:29 a.m. Wednesday. Both men attempted to get out of the car as the officer approached them but were told to get back in.

The officer said in the report he detected a strong smell of marijuana coming from the car and noticed Dunlap had bloodshot eyes. Dunlap told the officer he was “a teacher and was visiting with his student." When asked if there was any marijuana in the car, Dunlap handed the officer two partially smoked “roaches,” the report states. "Roach" is common term used to describe a marijuana cigarette.

A glass pipe and several small packages with a “green substance” were also found inside the car, according to the report.

Dunlap and Dahl were both arrested on charges of simple possession of a controlled substance, a misdemeanor, as well as possession of drug paraphernalia. Dahl was also charged with several traffic infractions, including driving with a suspended license. Both were taken to Sherwood police headquarters.

In a statement sent out from Cheer Time Revolution on Wednesday, spokesman Kevin Knight said that Dunlap has been suspended pending the outcome of the case.

“Ronald Dunlap is not an owner of the gym. Ronald Dunlap is an employee of the gym. Mr. Dunlap is currently on a suspension pending the outcome of the misdemeanor charges. Upon the outcome Mr. Dunlap's continued employment will be determined. The other mentioned party [Dahl] is not nor has been an employee of the gym,” Knight said. “Cheer Time Revolution has a zero tolerance policy and our staff is fully investigated as well as randomly checked for illegal usage. The athletes safety is always first and foremost.”

On Tuesday, Andrea Clevenger, a mother who had been associated with the TLC reality show "Cheer Perfection" that was shot at the facility, was charged with one count of rape and one count of engaging children in sexually explicit conduct for use in a visual or print medium after, police say, she purportedly had multiple sexual encounters with a 13-year-old boy. 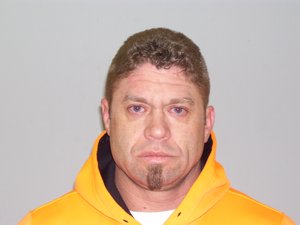 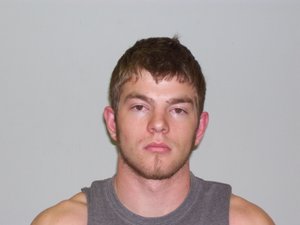 Correction: Ronald Dunlap was incorrectly identified as Robert Dunlap in an earlier version of this story. The error has been fixed in the version above.