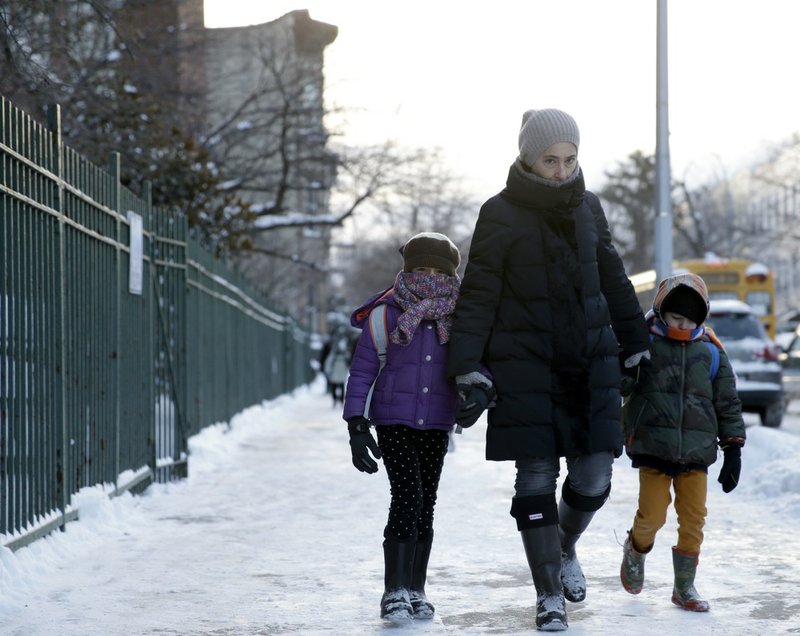 Parents and children arrive to school bundled up against the cold in the Brooklyn borough of New York on Wednesday, Jan. 22, 2014. A winter storm stretched from Kentucky to New England and hit hardest along the heavily populated Interstate 95 corridor between Philadelphia and Boston. ( AP/Seth Wenig )

BOSTON — Snow blowers whirred and shovels scraped across sidewalks Wednesday as the Northeast started cleaning up from a winter storm that swirled up the coast, creating blizzard conditions on Cape Cod, disrupting government work in Washington and leaving behind bitter cold that sapped fuel supplies.

The huge storm stretched from Kentucky to New England but hit hardest along the heavily populated Interstate 95 corridor between Philadelphia and Boston. Snow began falling at midmorning Tuesday in Philadelphia and dumped as much as 14 inches by Wednesday morning, with New York seeing almost as much. Manalapan, N.J., had the highest snowfall reading with nearly 16 inches.

The storm, which dropped more than a foot of snow in parts of Massachusetts, largely spared Boston and areas west and north of the city, which got about 4 inches. But it was slow-going on roads elsewhere including New Jersey, where speed limits were reduced on the turnpike, and the New York metropolitan area, where authorities cautioned motorists about black ice. Commuters in Philadelphia and New York packed early trains or spent hours inching along roads in swirling darkness to get home the night before. 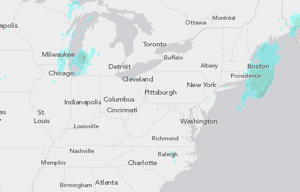