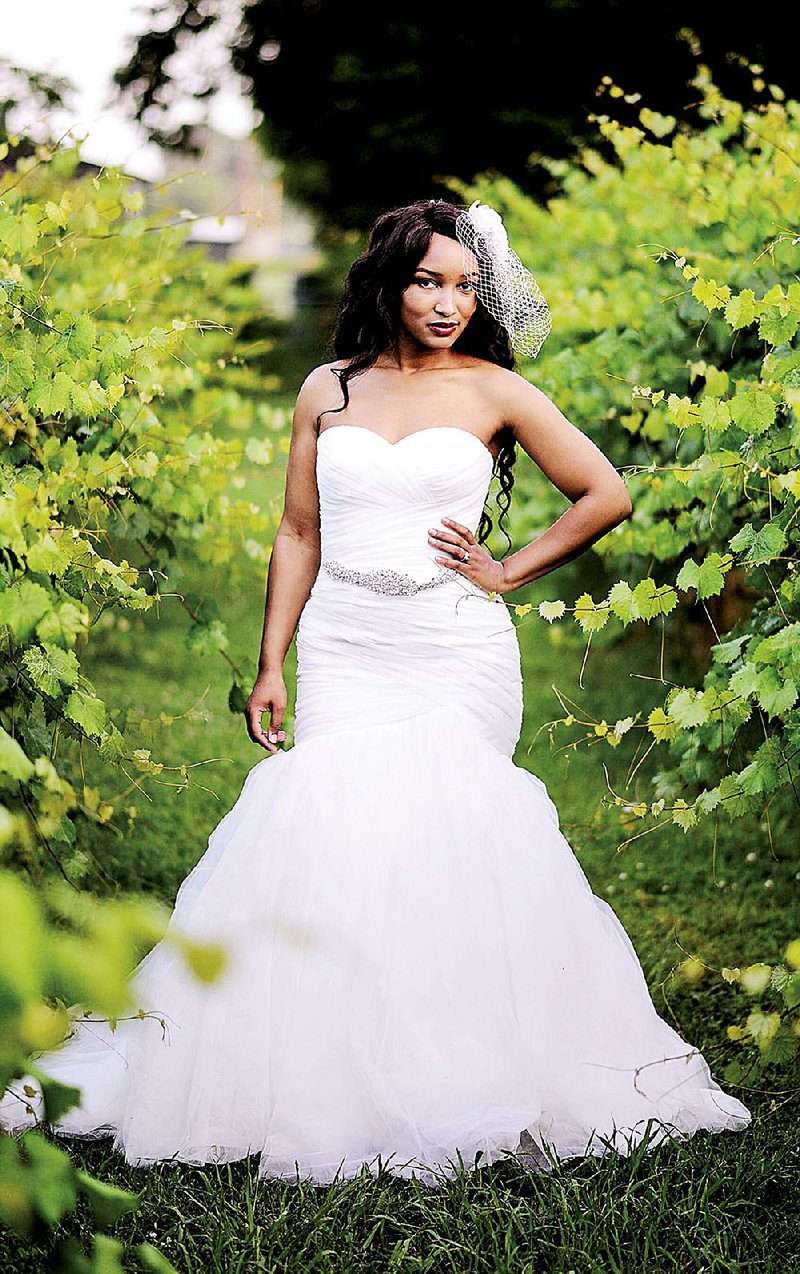 Wedding vows were exchanged by Teiraney Ousley and Christopher Johnson at 7 p.m. Saturday, July 5, at the state Capitol. The father of the groom officiated.

The groom is the son of Jennifer and Bishop Silas Johnson, 595 Apple Valley. He is the grandson of Velma and the late Earnest Johnson of North Little Rock and the late Hattie and Garland Hegwood of Camden.

The rotunda was decorated around the balcony with white carnation pomanders on gold stands and two tall vases of white roses on white pillars at the center of the stairs. Music was by Soulution.

Given in marriage by her father, the bride wore an ivory mermaid-style gown of tulle with a ruched bodice and crystal beaded sash. She carried a bouquet of white roses, hydrangeas, daisies and snapdragons.

Brittany Tipler of North Little Rock was maid of honor. Bridesmaids were Princess Gupton of Little Rock, cousin of the bride; Amanda Person, Rosalynd Guiden and Kola Brown, all of North Little Rock; and Latonya Thrower of Camden. They wore gold sequined gowns and carried bouquets similar to the bride's.

Flower girl and ring bearer were Kayden Ousley of Little Rock, daughter of the bride, and Xavier Thrower of Camden.

The bride has a bachelor's degree in psychology from the University of Arkansas at Little Rock and is a case manager with Arkansas Veterans Education and Training Partnership.

The groom is a graduate of Arkansas State University at Jonesboro, and has a bachelor's degree in sports management. He is a radio producer and engineer.

After a wedding trip to Las Vegas, the couple will reside in Little Rock.