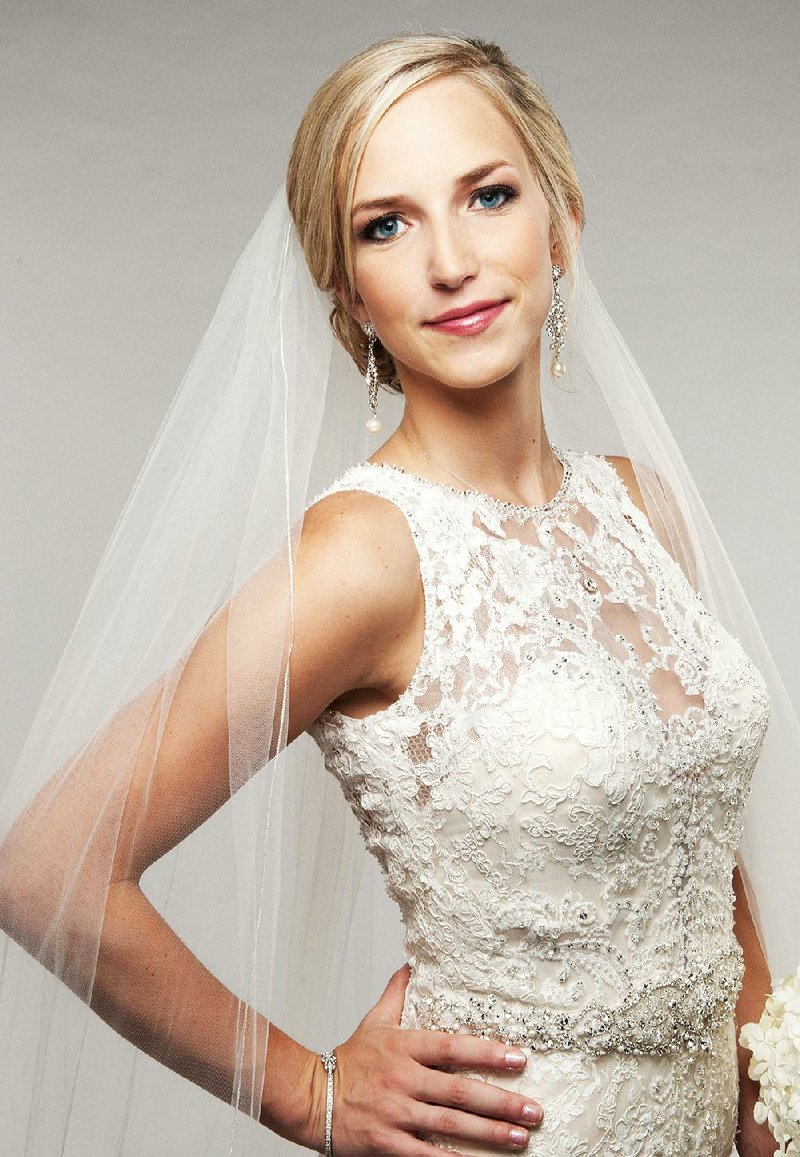 Hannah Grace Hall and Clifford Joseph Henry Jr. were united in marriage at 6 p.m. Saturday, July 19, in Independent Presbyterian Church, Birmingham, Ala. Officiating were the Rev. Conrad Sharps of the church and Raymond Edward Higgins II.

The chancel held a cross of white, green and blush hydrangeas and white roses. Music was by organist Gregory Roberson and soloist Sarah Ruth Jager, cousin of the bride.

Given in marriage by her grandfather, the bride wore a lace mermaid-style gown and carried a bouquet of roses and miniature calla lilies.

Serving as the bride's honor attendants were Laura Ann Mims, cousin of the bride, and Margarett Albright, sister of the bride, both of Birmingham, and Levy Daniel of Auburn, Ala. Bridesmaids were Macy Blackwell and Ashley Bynon, both of Auburn; Cam Callis of Atlanta; Ashley Ham, Mollie Moore and Karlyn Pugh, all of Birmingham; and Starr Taylor of Jonesboro.

They wore strapless gowns of candlelight and cashmere chiffon over an ivory lining and carried bouquets of white and green hydrangeas and pink roses.

Flower girls were Linley Davidson, daughter of the bride, and Parker Mims, both of Birmingham. Ring bearer was Brody Michael Mahan of Laurel, Miss., cousin of the groom.

Serving as the groom's honor attendants were his father and his brother, David Simmons Henry of New Orleans.

Groomsmen were Stephen Cox of Jonesboro; John William Durmon of Spring­dale; Jack Fowler, Ryan Gibson and Antwain Robinson, all of Little Rock; Jericho Jones of Dixon, Mo.; Brint Marks of Baton Rouge; and Andrew Simmons of Rockwall, Texas, cousin of the groom. Guests were seated by Matthew Angulo of Fayetteville; Michael Daugherty and Mick Dean, both of Little Rock; and Cole Hall, brother of bride, and Jordan Jager, cousin of the bride, both of Birmingham.

The entry at the Summit Club, where a reception followed the ceremony, was decorated with a large arrangement of apple blossoms, snapdragons, tea roses and hydrangeas. Music was by Magnolia Studios.

The groom has bachelor's degrees in finance and marketing from the University of Arkansas at Fayetteville, where he was a member of the football team and on the SEC Student Athlete Honor Roll. He is a football coach.

After a wedding trip to St. Lucia, the couple will make their home in Alabama.