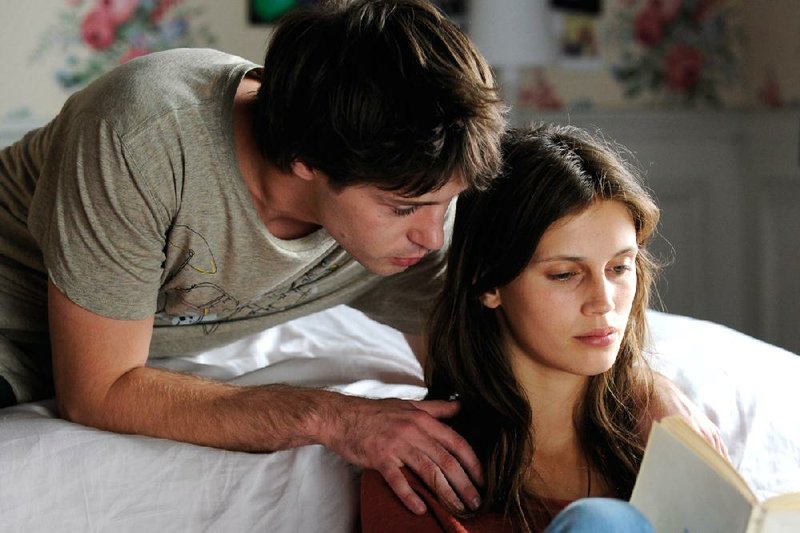 Marine Vacth in Young and Beautiful.

Francois Ozon's Young and Beautiful echoes Luis Bunuel's 1967 classic Belle de Jour in some obvious ways -- both are studies of disaffected members of the French bourgeois who turn to prostitution in an effort to feel something (anything).

But while Bunuel's film stars Catherine Deneuve as a respectable housewife who secretly works afternoons in a swank Parisian brothel, Isabelle (newcomer Marine Vacth) is a precocious child who turns to freelancing after losing her virginity in a thuddingly unoriginal summer way on the eve of her 17th birthday to an obliging, clueless, slightly older German boy.

In French with subtitles

We'll follow Isabelle, a cool and remote creature, through the next year. A few months after her summer experience, she leaves behind her high school friends and ventures into hotel lobbies where she meets arrogant, middle-aged men. By winter, she's acquired an appreciative and much older lover (Johan Leysen). Soon the police are involved and her mother, Sylvie (Geraldine Pailhas), is scandalized and crushed while her empathetic stepfather Patrick (Frederic Pierrot) is simply baffled.

Then it's spring, and the inscrutable Isabelle is half-heartedly dabbling in high school flirtations and fooling all those around her. At the end, Alice (Charlotte Rampling) comes into her life and provides the film with an exquisite and open-ended finale.

Ozon audaciously divides the film into four sections, each corresponding to a season and concluding (ironically?) with a Francois Hardy pop song. There's a cheeky formalism to this structure that is consistent with Ozon's continuing dialogue with French cinematic history. Young and Beautiful is a more ambitious film than Ozon's most recent outings, the Hitchcock pastiche In the House and the comedy Potiche (which starred, not coincidentally, Deneuve). He invites us to think of Young and Beautiful in the context of Belle de Jour, and Vacth's star-making performance validates the comparison.

She's a remarkable presence, reminiscent of a young Nastassja Kinski, with the range to suggest a naive adolescent and a cunning, nearly monstrous agent provocateur.