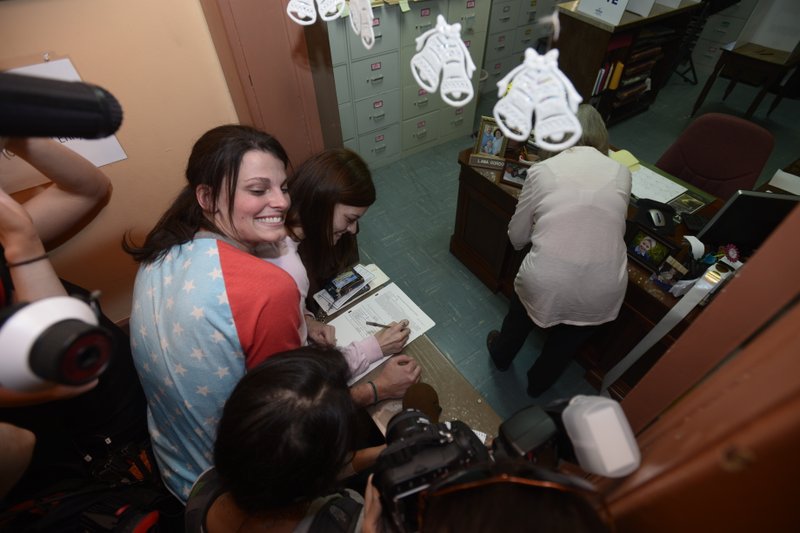 EUREKA SPRINGS — Two women from Fort Smith became the first same-sex couple in Arkansas ever to receive a marriage license.

Kristin Seaton, 27, and Jennifer Rambo, 26, got the license at about 10 a.m. Saturday at the Carroll County courthouse in Eureka Springs, which normally issues marriage licenses for four hours every Saturday.

Pulaski County Circuit Judge Chris Piazza struck down Arkansas' ban on same-sex marriages late Friday. The courthouse in Eureka Springs is the only one in Arkansas that is open on Saturday.

Couples traveled from as far away as Texas and Oklahoma to get licenses Saturday in Eureka Springs.

Seaton and Rambo arrived at 2:30 a.m. and slept in their car on the street. They hurried to get in line first at 5 a.m. when they saw another couple heading toward the door of the courthouse.

The first deputy county clerk who opened the office Saturday closed it shortly afterwards saying she had no authority to issue licenses to same-sex couples.

A second deputy county clerk arrived about 20 minutes later and issued the first license to a same-sex couple.