Hill gets GOP nod for District 2 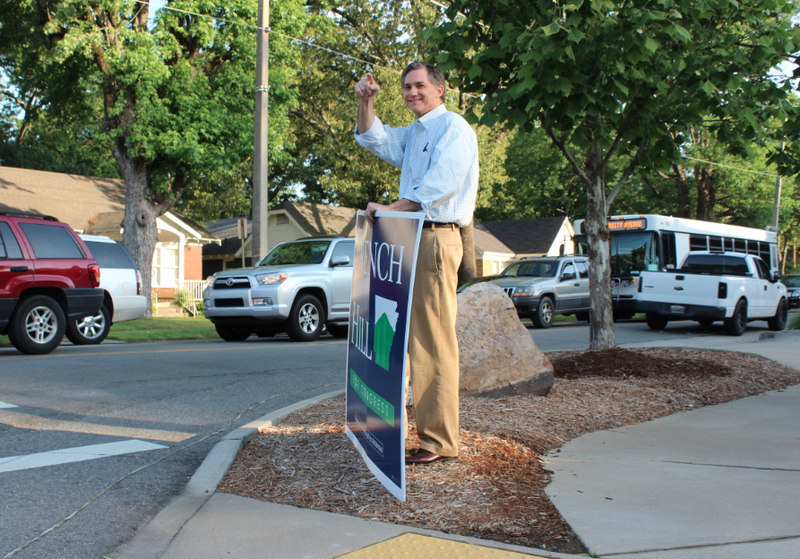 Hill had said that he was confident he could win the Republican party's nomination outright, while Clemmer — who has represented Ditstrict 29 since 2008 — and retired Army Col. Colonel Conrad Reynolds had hoped to force him into a runoff.

"I'm looking forward to representing the people of Arkansas," he said. "I want to be someone who helps control federal spending in the long run and getting spending under control."

Hill faces Democrat Pat Hays of North Little Rock in the fall for the seat.

A ninth-generation Arkansan, Hill is the chief executive officer and board chairman of Little Rock-based Delta Trust & Banking Corp.

After graduating from Vanderbilt University, Hill served as a senior economic policy adviser and deputy assistant secretary of the U.S. Treasury during the presidency of George H.W. Bush. He also served as a senior legislative aide on the U.S. Senate committee on Banking, Housing and Urban Affairs from 1982 to 1984.

He’s an advocate for Second Amendment rights and a lifetime member of the National Rifle Association.

He and his wife, Martha, have two children.

After hearing he won the 2nd Congressional District spot, Hill said he is planning on "campaigning hard" between now and the second Tuesday of November.