X-Men creator back at helm of super summertime entertainment 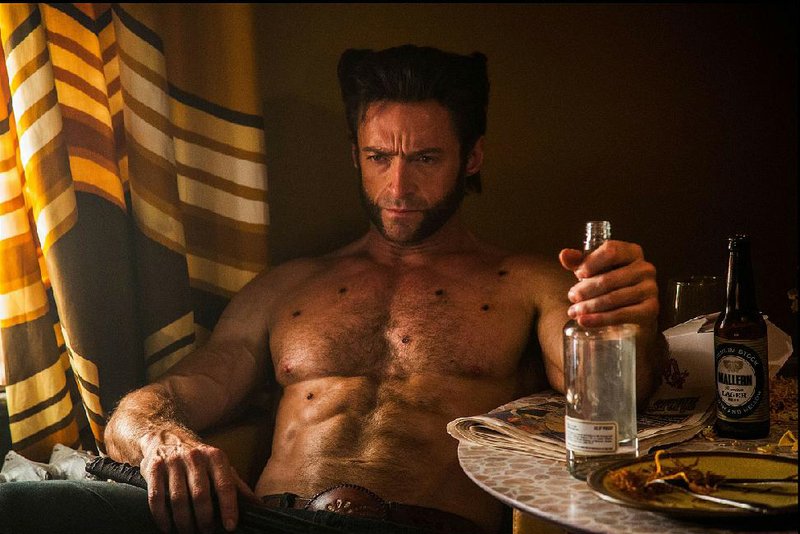 A hard-drinking Wolverine (Hugh Jackman) is shot into the past to undo a devastated future in Bryan Singer’s X-Men: Days of Future Past.

In what came to be a disastrous incident for two pivotal superhero movies released in 2006, after a falling out with Fox, the studio that had produced his two previously successful X-Men films, director Bryan Singer left the third X-Men film in pre-production to work on Warner Bros.' iconic-hero reboot, Superman Returns. Desperate to keep the film on schedule for its summer release date, Fox quickly inserted functional-but-visionless director Brett Ratner to helm the X-movie. Comic book fans know the sad result of this turn of events: An oddly lousy Superman movie that left most everybody unhappy (hence the quick turnaround re-reboot Man of Steel last year, with a different cast and production team); and a truly disappointing X-Men flick, The Last Stand. To make matters worse, the film was based on one of the comic series' most powerfully moving stories, the Dark Phoenix Saga, a fact that made many an X-Men fanboy inconsolably bitter.

From these unhappy times, we jump ahead to the present, where Singer has returned to the franchise he was instrumental in creating so many years ago with this mammoth summer behemoth, and in the process has restored it to its former glory and then some.

X-Men: Days of Future Past

Rating: PG-13, for sequences of intense sci-fi violence and action, some suggestive material, nudity and language

We begin in the not-too-distant future, set in a devastated, war-torn Earth, where most of humanity -- mutant and otherwise -- has been brought under cruel military rule by the shape-shifting robot Sentinel army created by brilliant scientist Dr. Boliver Trask (Peter Dinklage), initially to root out the mutants and annihilate them, but eventually, also wiping out any mutant sympathizers among the normals. The X-Men, still led by the venerable Professor Xavier (Patrick Stewart) and his longtime rival and friend Magneto (Ian McKellen), are a rag-tag bunch, working in small groups, trying to stay alive long enough from the Sentinels constantly hunting them down to try and do something to stop them. With no recourse in the present, they hatch a plan to send Wolverine (Hugh Jackman) into the distant past of 1973, when fellow mutant Mystique (Jennifer Lawrence) assassinated Trask in an attempt to stop him before the Sentinel program could be launched, but inadvertently jumpstarting the government's go-ahead in the process.

Once there, Wolverine has to find the young Prof. X (James McAvoy) and arch-nemesis Magneto (Michael Fassbender), and get them to work together to stop Mystique from her rogue mission in order to preserve a better future for themselves. As if they didn't have enough obstacles, in their initial attempt to change the past, they mistakenly make things much, much worse.

Along the way, they have to bust Magneto out of a maximum-security all-plastic prison deep underground at the Pentagon, with the help of superfast mutant Quicksilver (Evan Peters); track Mystique, a woman who can literally turn herself into anyone she meets at any time; and restore the confidence of a shattered Xavier, who blames himself for what happened to his first group of young charges, taken by Trask and vivisected for their DNA information.

Since his notable absence from the series he ushered in, it is now possible to appreciate fully the skill and soul that Singer brings to his craft. Under his watchful eye, no scene, no matter how small, is a throwaway or inconsequential. Working with director of photography Newton Thomas Sigel, he creates visual tension and emotional depth in nearly every character interaction, and peppers the film with key action sequences of such command, you feel the breath pulling from your lungs (in particular, a brilliantly clever stop-time sequence with Quicksilver pushing bullets out of the way of their intended targets during the Pentagon break-out will likely be the most fun we'll have all summer).

His previous X-films have also woven significant subtext into their narratives -- the original film proved an adept analogy for Nazi-like separatism and the experience of being born gay/different in an oppressively fearful environment -- and, here, with Trask's Sentinels taking over humanity in a worldwide totalitarian state, we have yet another analogy for the secretive NSA, pointing their mini-microphones and hidden cameras at their citizens (with this and Captain America: Winter Soldier, you start to wonder if someone at the ol' bullpen really has an axe to grind with the current state of affairs of our government agencies).

Despite this artistic (and we can imagine, financial) achievement, Singer's life is hardly a triumph at present. The director has been under recent legal scrutiny, having been accused of teen sexual abuse by a man who claims the director and several other powerful players in Hollywood abused him at several high-flying gay parties back in the late '90s. As it stands now, he may or may not be indicted, putting his audience in a precarious moral quandary, which is a definite shame, especially given the quality and thrilling power of this installment.

Meanwhile, in an irony that may come to be viewed as shockingly prescient, his film is filled with characters seeking redemption from their past, by breaking the binding flow of what seems to be their given destiny and choosing a different course for their lives -- an all too suitable conception, given Singer's legal troubles.

Still, in the end, with the film reversing many of the most egregious decisions from the reviled The Last Stand, using an ending device that works more deliriously than any film since Back to the Future, the franchise stands poised to go in almost any direction the producers choose. And if going to the future and back is what it takes to rid the world of the idiotically flawed vision of Brett Ratner from the X-Men archives, we'll take it.