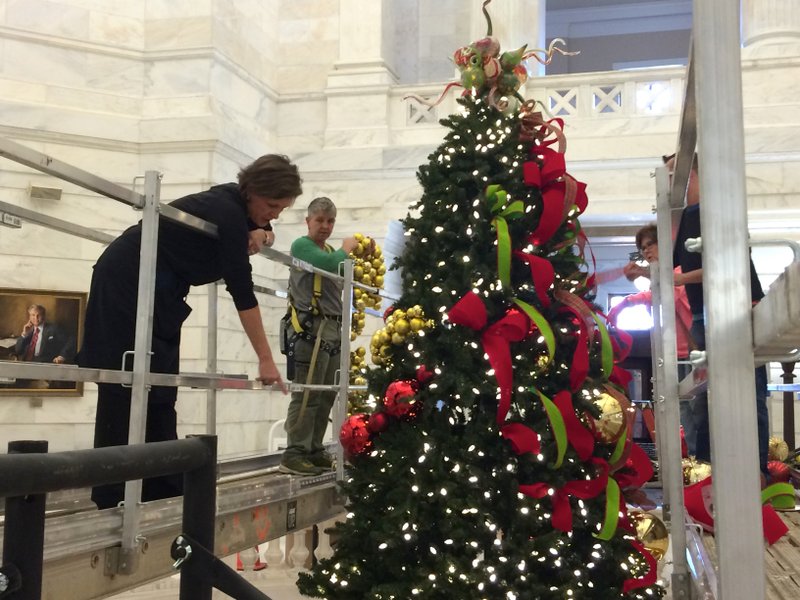 It's beginning to look a lot like Christmas in the state Capitol.

This year's tree — a faux, 25-foot Rockefeller Pine — is going up almost a full two weeks earlier than usual, according to Democrat-Gazette archives. Labay said it's also the first time since 1995 that a live Christmas tree hasn't been used in the state Capitol.

"Since the time frame is so long, it's hard to keep a tree alive for that long," Labay said.

The topper on the tree is made by Pine Bluff glass artist James Hayes. Labay said Hayes, whose art is featured in the Capitol gift shop, loaned the tree topper to the Capitol for the holiday season.

The tree is scheduled to be on display from Wednesday until the beginning of 2015.