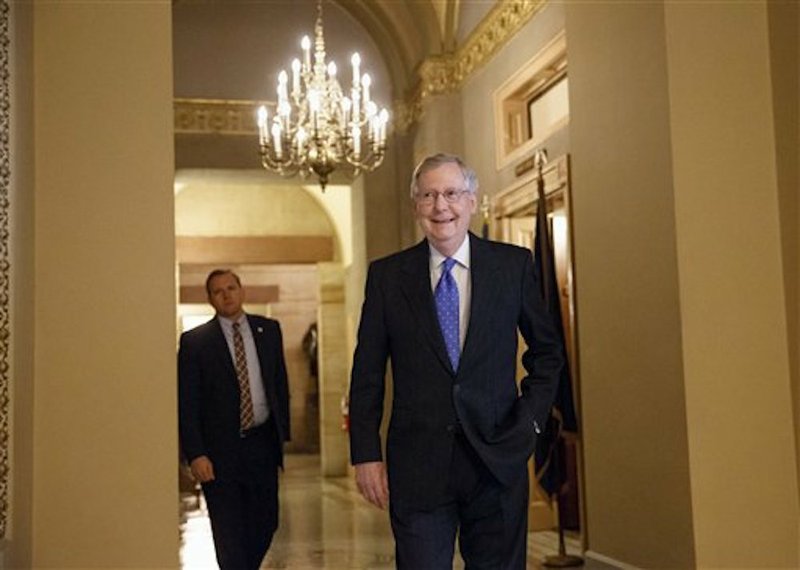 Assured of becoming the next Senate majority leader after the sweep for the GOP in the midterm elections, current Senate Minority Leader Mitch McConnell of Kentucky smiles Thursday, Nov. 13, 2014, as he arrives for a meeting on Capitol Hill in Washington of Senate Republicans to choose their leaders for the Congress that convenes in January.

A Senate Republican official said McConnell, 72 was chosen by acclamation at a closed meeting of the rank and file.

As majority leader, McConnell will set the Senate’s agenda. Along with House Speaker John Boehner, he will decide what legislation is sent to the White House in the final two years of President Barack Obama’s term.

McConnell was elected to a sixth Senate term last week in elections in which Republicans gained a majority for the first time in eight years.

He will formally assume his duties as majority leader in January.