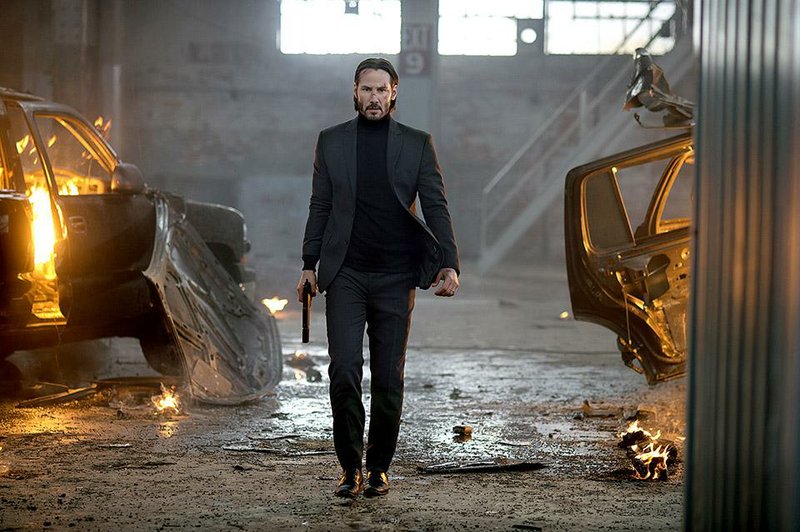 It's easy to discount Keanu Reeves. His impassive face and soft voice are the opposite of expressive.

Nonetheless, when he's right for a role (as he was in The Gift and Something's Got to Give), these traits become assets. Like Clint Eastwood before him, Reeves' stony features give him an unsettling sense of unpredictability that the material he performs sometimes lacks. Like the bad guys who make the mistake of crossing him, viewers are left guessing about Reeves' mood until he explodes.

Rating: R, for strong and bloody violence throughout, language and brief drug use

This trait is perfect for John Wick, which features Reeves as the title character, a fellow with a nice house, a lovely wife (Bridget Moynahan), an impressive '69 Mustang and a lovable dog. After losing his wife to illness, Wick is understandably upset when an arrogant junior Russian wiseguy named Iosef (Alfie Allen) deeply disrespects him.

But Wick is, of course, no ordinary citizen. When Iosef's crime boss father, Viggo Tarasov (Michael Nyqvist from The Millennium Trilogy), discovers whom his son has crossed, his reaction is eloquent: "Oh."

It seems that before he was happily married, Wick was the most feared hitman in New York and New Jersey, with a gift for turning armies of gangsters into rotting flesh in seconds. While Viggo pays top dollar to stop Wick from getting his expectedly spectacular and brutal revenge, the older gangster almost wonders if he should just hand over the spoiled lad to the trained killer to prevent greater bloodshed.

With the impending massacres to come, it's a good thing directors Chad Stahelski and David Leitch and screenwriter Derek Kolstad have the good sense to treat the proceedings with tongues firmly planted in their cheeks. Wick may be violent, but the filmmakers keep from losing the audience by acknowledging their world is highly artificial.

There's a sort of underworld bureaucracy that keeps the mayhem away from the general public, and that rigidly enforces the rules when individual wiseguys get out of hand. The order is administered by a mysterious figure known only as Winston (Ian McShane).

It also doesn't hurt that Reeves manages the tricky feat of pulverizing human beings while only occasionally smudging high-dollar suits. If Reeves' face doesn't move much, his eyes are active and give a sense that something menacing is boiling beneath that calm surface. Were he merely wooden, viewers wouldn't wait to find out what his characters were actually thinking.

John Wick plays to Reeves' strengths, and in the process not only explains how he came to be a star but suggests he will continue to remain one.