Pulaski County Prosecuting Attorney Larry Jegley said he will issue an arrest affidavit today against Rodney Forte, the executive director of the Metropolitan Housing Alliance in Little Rock, for a violation of the Arkansas Freedom of Information Act. 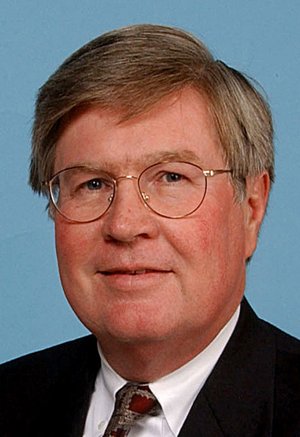 Pulaski County Prosecuting Attorney Larry Jegley (shown) said he will issue an arrest affidavit today against Rodney Forte, the executive director of the Metropolitan Housing Alliance in Little Rock, for a violation of the Arkansas Freedom of Information Act. 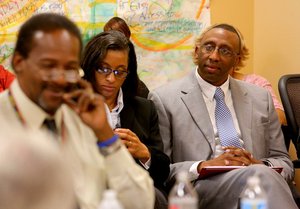 Photo by Stephen B. Thornton
Marshall Nash, right, listens during a meeting of the Little Rock Housing Authority Board in Little Rock. 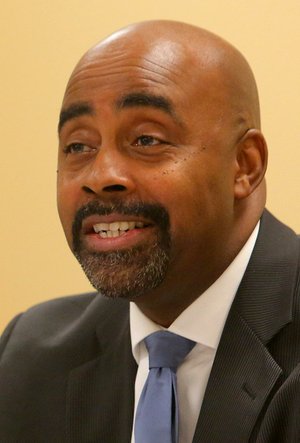 Photo by Stephen B. Thornton
Metropolitan Housing Alliance Executive Director Rodney Forte speaks during a meeting of the Little Rock Housing Authority Board in Little Rock. 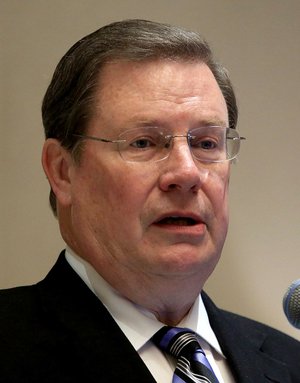 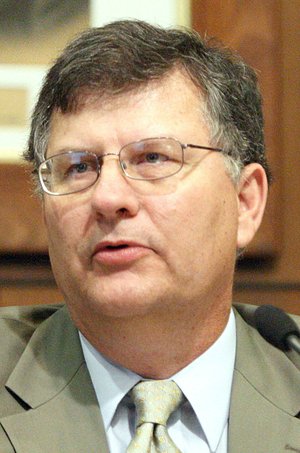 Photo by Democrat-Gazette file photo
City Attorney Tom Carpenter said Wednesday that the law allows only for labor fees to be charged if an agency agrees to compile or tailor electronic data in a particular format that is not readily convertible.

The action comes after the Metropolitan Housing Alliance sent an invoice to the Arkansas Democrat-Gazette late Tuesday, charging more than $16,000 to hire outside workers to help the agency comply with a records-release request -- a practice the Little Rock city attorney and other Arkansas Freedom of Information Act experts say is illegal.

Jegley said that in his 23 years with the prosecutor's office, he has never before authorized an arrest affidavit for a Freedom of Information Act violation. The violation is a Class C misdemeanor.

"Usually, we can work things out for people to get the documents they're entitled to -- that's ultimately what it's all about," Jegley said, calling this instance with the housing agency "over the top," "outrageous" and "absolutely indicative of bad faith on the part of the agency and the responsible individuals."

The arrest affidavit is to be given today to the Democrat-Gazette to be presented to a judge, who will review the information and determine whether there is probable cause for an arrest warrant to be issued against Forte.

In response to the newspaper's Oct. 20 request for copies of the agency's work orders and tenant complaints dating back to 2012, the housing agency's director of administrative services, Marshall Nash, sent the newspaper a cost estimate late Tuesday that said hiring outside workers to handle the request would cost $16,231 and extra supplies would cost $147. Nash said the newspaper must pay that cost upfront to receive the documents.

He would not say how he arrived at the cost estimate, why additional workers would be needed or what the supplies were.

The agency and newspaper have been going back and forth for months regarding access to public records. The newspaper started asking for records in August after learning that the agency had hired a deputy executive director this year at a $92,000 salary. The new hire came at a time when several lower-level positions -- including in maintenance -- remained vacant, and all workers were under furloughs that amount to a 10 percent reduction in pay. The furloughs continue.

Nash said in response to the earlier records request that the agency does not have documents for all of its former employees that show whether they were fired, laid off or resigned. He provided documents that show the information for 11 of the 36 employees who have left since 2012.

Nash has declined to answer whether agency officials know how the others ended their employment.

Forte, the executive director, has also refused to respond to questions and requests for information. He has designated Nash as the person in the agency to handle records requests.

Jegley said Wednesday that the arrest affidavit will be against Forte for now and that "it's too early in the process to tell whether more parties will be charged."

Little Rock Mayor Mark Stodola contacted Forte on Wednesday in an attempt to intervene in the latest dispute over records. Stodola is a former Little Rock city attorney and Pulaski County prosecutor.

"I am not familiar with any request for payment for such a large nature as this and based on my interpretation of the Freedom of Information Act, the computer systems that the agency has are required to make this information readily available," Stodola said.

"These kinds of document requests are routine, and when I was prosecutor, virtually all of this kind of information [at most agencies] is kept in an electronic format that can be downloaded quite easily."

Stodola said Forte told him that the housing agency's work orders are kept in a proprietary software and that each document would have to be printed off, then scanned in order to email them. Forte estimated that the records amounted to between 5,000 and 10,000 documents, the mayor said.

Nash and Forte have been asked repeatedly by the newspaper how the documents were kept, but they did not answer.

Arkansas Code Annotated 25-19-105 (g) states that any software acquired by an agency "shall be in full compliance with the requirements" of the Freedom of Information Act and "shall not impede public access to records in electronic form."

Jegley: Agency has 'violated the law'

Nash told the newspaper several times last week that he was working on the newspaper's latest request and that he would produce the documents once he had them all ready. Then on Monday, he informed the newspaper that there would be a cost and asked if there was an amount that the newspaper didn't want to exceed.

The newspaper noted that since the records were requested to be sent by email, there should be no printing or paper cost. The newspaper also cited Arkansas Code Annotated 25-19-105(d)(3)(A)(i), which states that the cost for "existing agency personnel time associated with searching for, retrieving, reviewing, or copying the records" cannot be passed on to the requester.

Nash replied Tuesday evening with the $16,378 cost estimate, which he said was for additional manpower and supplies. The law requires public entities to provide an itemized breakdown of charges. Nash would not break down the charges further.

"It's obvious that the agency and whoever's running it doesn't have a clue about the Freedom of Information Act," Jegley said. "They showed arrogance in preparing that bill. It's too bad that we've had to get to this point that we have to educate them about the FOI."

"Again, the fact that the agency decided to pre-bill for whatever steps it's going to take to comply tells me without a doubt that they have violated the law," he continued. "They thought it was really cute to do that. It's not."

City Attorney Tom Carpenter said Wednesday that the law allows only for labor fees to be charged if an agency agrees to compile or tailor electronic data in a particular format that is not readily convertible. In that case, the public agency can charge for the time -- if it exceeds two hours -- that it takes to create the new record in a new format.

"They are not entitled to charge for people to come up and help look for paper documents that may be in storage," Carpenter said.

The housing authority is a public entity that receives federal funding and was created under both state law and city ordinance. It manages 902 public housing units worth more than $37 million and provides housing to more than 8,000 Little Rock residents.

The housing authority does not answer to the city attorney, but the mayor and city Board of Directors confirm the appointments of members to the Housing Board of Commissioners.

Housing Board Chairman Kenyon Lowe has not returned numerous voice messages seeking comment over the past several months on the housing agency's responses to requests for records and did not return a message seeking comment for this article.

Robert Steinbuch, a law professor at the University of Arkansas at Little Rock who is considered an expert on the Arkansas Freedom of Information Act, also said the agency's attempt to charge for labor is illegal.

"That's a brazen violation of the FOIA. ... Legislators were quite clear in not permitting the charging of labor fees except in one very unique instance. The attempt to do so, I would characterize as egregious," Steinbuch said.